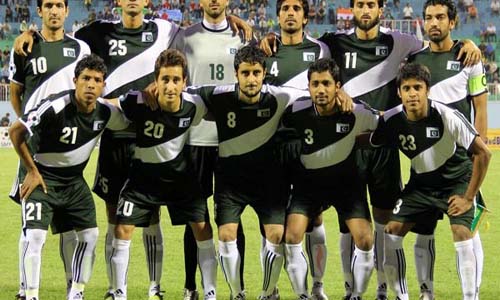 Like the Pakistan Cricket Board (PCB) which is making its all out efforts for the revival of cricketing ties with India the Pakistan Football Federation (PFF) has struggled a lot and succeeded as a two match bilateral series is scheduled to be held in August after a gap of nine years.

The Pakistan team will visit India from August 16 to 21 and play matches on August 17 and 20. Talking to APP on Wednesday PFF s Secretary Col Ahmed Yar Lodhi said the series would prove to be a landmark in the sports relations of the two countries. Pakistan and India last played a three match series here in June 2005 which was won by us on goal average he said adding the upcoming series was a return series.

It may be mentioned that in 2011 an English company planned a football series between Pakistan and India in England but it was cancelled at the eleventh hour due to failure in getting sponsorship In 2013 a triangular series in England involving India Pakistan and Bangladesh was cancelled because of the same problem. Lodhi said the series was being held after nine years which showed that India too was eager to play against Pakistan for the betterment of game. An Indo Pak clash was not lesser than the Ashes he added.

Pakistan will also be playing a series against Bahrain from August 22 to 30 there which shows that the PFF is doing its best for the game and to give exposure to the players he said. Lodhi said, “Pakistan would also host the first ever SAARC Women Football Championship. Dilating on the difficulties faced by the PFF in promoting the game”. Lodhi said, “ We are still using equipment and other stuff that was used 100 years ago. Now the game of football has become very fast and in order to keep pace with it we need money.”-thenews