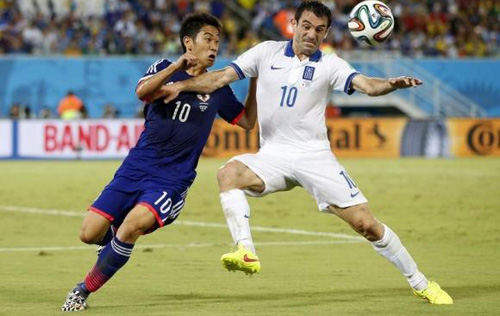 Ten-man Greece held Japan to a goalless draw in a largely forgettable World Cup Group C clash on Thursday that kept both sides in with a chance of making the knockout phase. It was a first point for both teams but neither showed anything to suggest they might have enough quality to progress from a group currently led by Colombia, who have won both their matches.

Ivory Coast sit second with three points.The Greeks had midfielder and captain Kostas Katsouranis sent off after 38 minutes for a second yellow, leaving his team mates facing a tough second 45 minutes. They defended determinedly though as the Japanese, who moved the ball well enough, lacked any killer punch despite dominating possession. -thenews

John Kerry Expected to Travel to Iraq ‘Soon’: US Sources