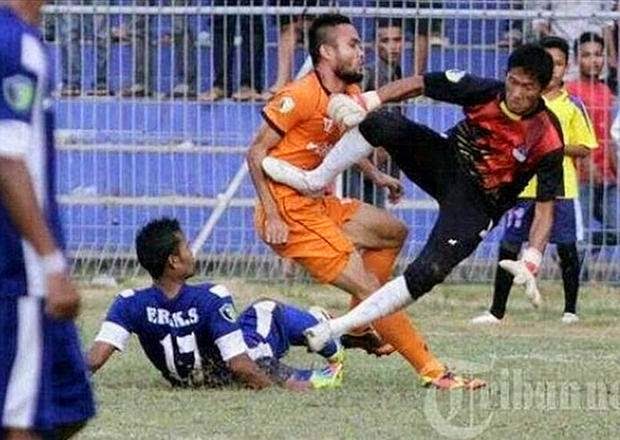 INDONESIAN footballer Akli Fairuz has died after being on the receiving end of a horror challenge from a goalkeeper. On May 10, Fairuz,

A striker for Persiraja in the Indonesian Premier League, was vying for the ball when he collided with PSAP Sigli goalkeeper Agus Rahman, who had charged in with a raised boot, studs first. The tackle, which can be seen in the video above, looks similar to many incidents seen previously on the football field.

Fairuz was subbed off after the incident and his incensed teammates approached the referee and erupted into a fight with the opposition. Fairuz appeared to be fine at the time, watching the rest of the match from the bench.

After the match, however, Fairuz was admitted to hospital where it was discovered he’d suffered severe internal injuries and bladder leakage, according to various reports. Fairuz underwent surgery but died six days after the tackle, on May 16. It was unclear whether Rahman would be facing any sanctions.-news