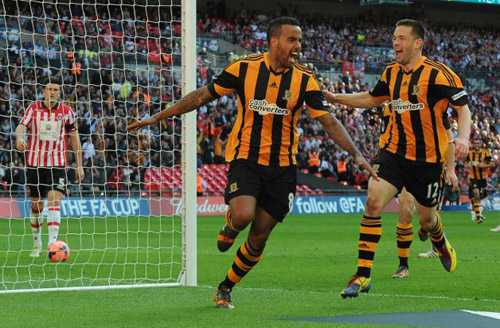 Hull reached the FA Cup final for the first time in its 110-year history as the Premier League side twice came from behind to beat third-tier club Sheffield United 5-3 in a lively encounter on Sunday.

After winning world football´s oldest cup competition three times as a Manchester United player in the 1990s, Hull manager Steve Bruce will bring his team back to Wembley Stadium on May 17 for the final against 10-time winner Arsenal. “If you had said 10 years ago that Hull will play Arsenal in the FA Cup final, people would have been scratching their heads,” Bruce said. “It just shows you what can be done.” Hull is now just one game away from emulating Wigan´s surprising run to the title last year, but the team will need to improve vastly on its first-half performance. 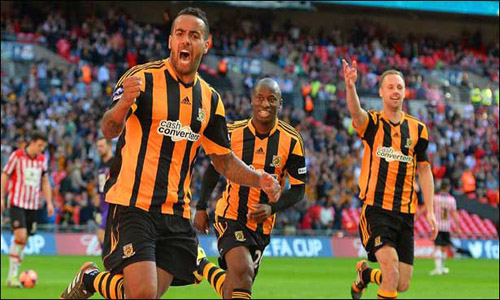 But Hull was transformed after halftime, with Matty Fryatt restoring parity at 2-2 before Tom Huddle stone and Stephen Quinn gave the northeast team what appeared to be a comfortable cushion.Even though Jamie Murphy pulled a late goal back for United, David Meyler quickly responded to secure Hull´s first trip to a major final. “We were very sloppy in the first half and didn´t get going,” Meyler said. “We got together at halftime and regrouped. It´s fantastic.” One dilemma for Bruce in the final will be whether to play son Alex Bruce, who remained on the bench throughout the semifinal. At the 1991 final, Nigel Clough played up front in father Brian´s Nottingham Forest team, which lost to Tottenham. 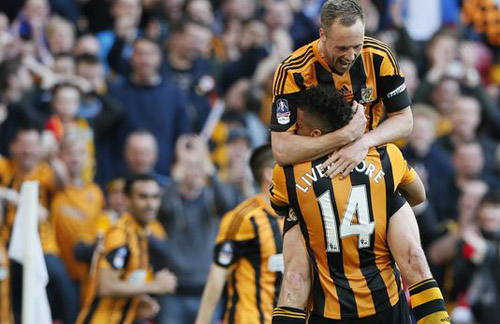 Nigel Clough was back at Wembley managing Sheffield United on Sunday for an emotional occasion as English football marks the 25-year anniversary of the Hillsborough disaster.Clough was in the Forest team on April 15, 1989, for the FA Cup semifinal at Sheffield Wednesday´s ground that became the scene of Britain´s worst sporting disaster as 96 Liverpool fans were crushed to death. “With the tributes it´s been a very, very emotional weekend for everybody in football,” Clough said. “Twenty-five years on the feelings are the same.” The Hillsborough game lasted just six minutes before the full magnitude of the deadly crush became clear. 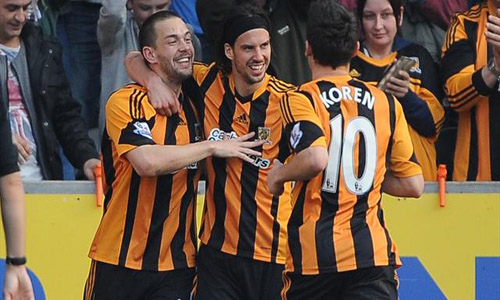 On this weekend of tributes to the victims, and education for a new generation of fans, every game kicked off seven minutes later than usual. Fittingly, United´s opening goal came from Jose Baxter, a boyhood Liverpool fan who went on to play for Everton. After bundling the ball in from close range, the 22-year-old Baxter removed his black armband and held it up while looking up to the sky. Baxter´s side was in the ascendancy for much of the first half, making Hull look ordinary, until Sagbo slid in to equalize in the 42nd. 3 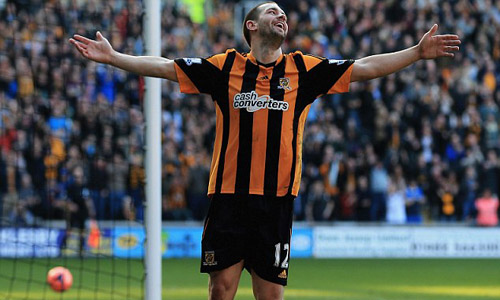 But United´s lead was restored inside 100 seconds as Stefan Scougall completed a speedy break. The game swung in Hull´s favor, however, within 10 minutes of the second half as Fryatt forced the ball over the line from close range after United failed to fully clear a corner, and Huddlestone weaved his way through the defense before cooling chipping into the net. Then came what proved to Hull´s match-winner, with Quinn heading in against his former club in the 67th. 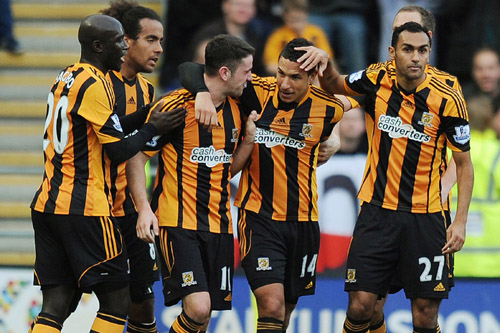 Even though Murphy gave United hope of a dramatic comeback by slicing in his team´s third in the 90th, Meyler´s goal settled the match. If Hull does manage to etch its name onto the FA Cup, it won´t be the one Hull owner Assem Allam wants to see. The Egyptian businessman was rebuffed by the FA earlier this week in his attempt to change Hull City to Hull Tigers, a name he believes would help the team earn more international fans and exposure. Winning the Cup — and qualifying for the Europa League — could have the same effect. -Thenews

Samsung Partners with Ufone to Launch Galaxy S5 in Pakistan

Samsung Partners with Ufone to Launch Galaxy S5 in Pakistan