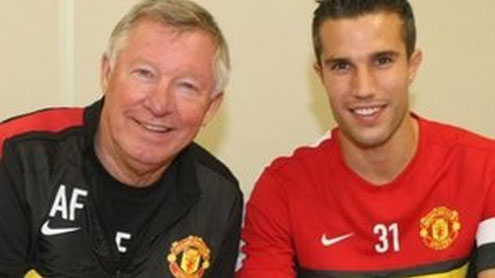 Analysts Deloitte’s sport business unit said the total spent was £490m – just short of the record £500m of 2008.This was marginally up from the £485m spent in summer 2011.Major moves this summer included Robin van Persie’s £24m switch from Arsenal to Manchester United and Chelsea’s purchase of Eden Hazard for £32m.Deloitte said £110m was spent on Friday’s transfer deadline day, up from £100m last year.

This included Manchester City buying midfielder Javi Garcia for £16m, Southampton signing winger Gaston Ramirez for an estimated £12m and Tottenham’s £11.8m capture of goalkeeper Hugo Lloris.Five clubs – Chelsea, Tottenham, Manchester City, Manchester United and Arsenal – spent in excess of £30m each over the summer.Newly promoted Southampton, back in the Premier League just three years after going into administration, are estimated to have spent just short of £30m.

About £300m of the total spend went to clubs abroad, and £50m of it to those in the Football League.Dan Jones, partner at Deloitte Sports Business Group, said: “While the highest levels of spending continue to be at those clubs competing at the upper end of the Premier League and in European competition, we have also seen significant investment by the newly promoted teams looking to establish themselves in the Premier League.”He said the key challenge for Premier League clubs remained how to manage costs – notably transfer expenditure and players’ wages.

Top teams hoping to play in European competition also needed to pay attention to Uefa’s financial fair play regulations, requiring clubs not to spend more then they earned, he added.Deloitte said Premier League clubs would be even better off when new television deals kicked in next season.

Meanwhile, a UK accountancy firm said the continued big spending from Premier League clubs showed the league was isolated from any fears surrounding the euro currency, unlike many of its European counterparts.”All of the domestic broadcast deals are done in pounds and they far outweigh the overseas deals, so that is a good buffer against any euro crash,” said Pete Hackleton, of the sports and entertainment team at firm Saffery Champness.