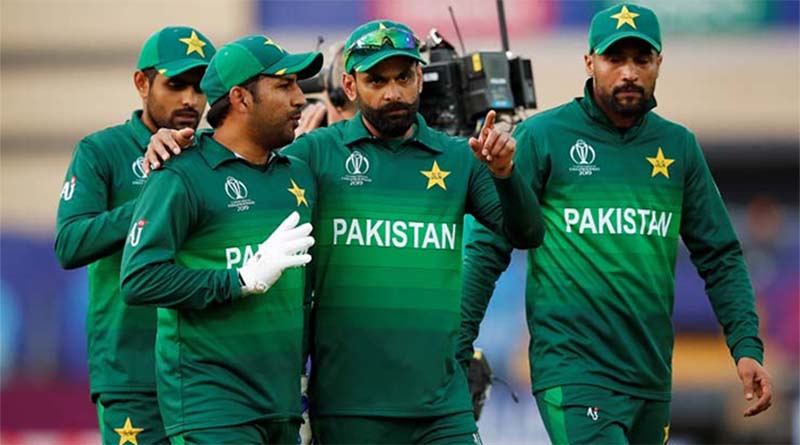 As Pakistan cricket fans are upset over yesterday’s miserable performance displayed by Pakistan cricket team, certain reports are speculating in the media about groupings within the team, sources familiar with the matter told Dunya News on Monday.

The first group, including Imam-ul-Haq, Babar Azam, Asif Ali and Imad Wasim, in the team has been under the influence of Shoaib Malik, and chief selector Inzamam-ul-Haq is found to be their ‘team leader’. The second group, including Fakhar Zaman, Haris Sohail, Shadab Khan, Hassan Ali and Mohammad Amir, has been led by skipper Sarfaraz Ahmed.

The split within the squad has unfolded severe consequences in terms of results in the ICC Cricket World Cup 2019. Pakistani cricketers have been observed of extending hopes to the fans ahead of every match, but their failed performance in the field has evidently exhibited their “game of selfishness.”

Pakistan fans mocked their cricket team’s underwhelming performance on social media after Sarfaraz Ahmed’s men suffered an 89-run defeat against arch rivals India at the Cricket World Cup on Sunday. While India extended their perfect record over their neighbours in the 50-over World Cup to 7-0, fans across Pakistan turned to the internet.

One widely circulated meme, captioned “Indian captain vs Pakistani captain”, showed Indian skipper Virat Kohli doing dead lifts at the gym while his Pakistani counterpart Sarfaraz danced in a candy commercial. Fans who had gathered at a local park to watch the game on a large screen in Islamabad began leaving halfway through Pakistan’s innings. “Everybody is really disappointed … I think we were not well prepared,” cricket fan Mohammad Aurangzeb told Reuters.

Cricket matches between the two countries are among the most intense rivalries in global sport. Pakistan boast a superior head-to-head record against India in one-day internationals overall but Kohli’s team has dominated the most recent encounters. Another image doing the rounds on Twitter showed Sarfaraz yawning on the field during the match – and the picture superimposed on to a pillow on a bed.

“How do you win when your captain has a plan to go to bed and have a better sleep instead of winning the match,” one Twitter user wrote. The defeat left Pakistan ninth in the 10-team standings with just three points from five matches. Their only win at the tournament was against hosts England while their match against Sri Lanka was washed out. Pakistan must win all four of their remaining group games to have any chance of reaching the World Cup semi-finals. They face South Africa at Lord’s on Sunday before taking on New Zealand, Afghanistan and Bangladesh.

With additional reporting by Reuters