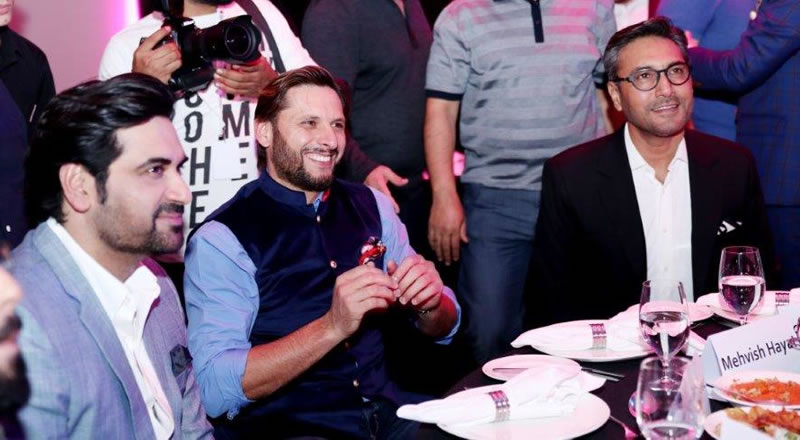 ’’I am delighted to announce that the Pakistan Cricket board has offered its full support and confirmed release of the current centrally contracted players. On behalf of T10 management and Team owners and Emirates cricket Board, I would like to offer special gratitude to PCB chairman Mr. Najam Sethi for his support to T10 cricket League. We look forward to welcoming all fans to the first ever T10 Cricket League’’. The attraction of Shahid Afridi and the strong lineup of centrally contracted players from Pakistan will add a whole new bang to the already much talked about 10 over format.  With a potential audience of over 1.4 Billion South Asian people, 90 minutes of action, 10 overs a side, star players, celebrities, performance shows, South Asian rivalries, performances after every over, drama and nail biting finishes it is bound to be crickets newest and hottest attraction.

Salman Iqbal, president of the T10 Cricket League: “Pakistani cricketers are some of the most exciting players in the world with star following of millions of passionate fans. They will be an integral part of our leagues’ success. I would like to thank Mr. Sethi and the PCB for their support for the T10 cricket league and their progressive thinking towards the development of this game we all love!”. Also adding to the mix of T10 league list of current international players including  Eoin Morgan captain of the England team, Shakib Al Hasan, Virender Sehwag and Sangakkara the ‘cricketentainment’ will begin from the first ball!

Over 100 performers per match to entertain crowds, crowd interaction, player interaction, rivalries, over 20 celebrities in attendance every match, International players and cricketing action from the first ball! Team captains and coaches will have to adjust to the new format by deploying new strategies and adapting to the league. Speaking to the press Shahid Afridi said “ Teams are solely based in and around the South Asian subcontinent and icons of business, movie industry and sport both in and around the region including Bollywood actors have bought teams which include – Punjabi Legends (Inzamam Ul Haq and Intizar Ul Haq) , Pakhtoons (Habib Khan) , Maratha Arabians (Parvez Khan, Bollywood star: Sohail Khan and Ali Tumbi) , Bengal Tigers (Anis Sajan, Rizwan Sajan, Sirajuddin Alam and Neelesh Bhagatanar) , Colombo Lions (Vijay Vyas, Kashif Shahzad and Mohomed Morani ) and Kerala Kings (Hussain Adam Ali and Dr.Shafi Ul Mulk) . The games will be broadcast all over the world. ACTION BEGINS DECEMBER in the historic Guinness book of records, Sharjah Cricket Stadium.