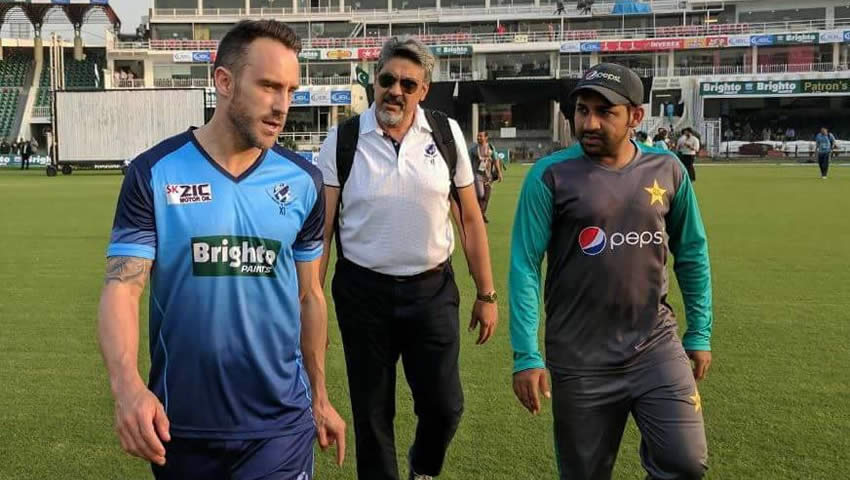 A strong World XI comprising experienced players from seven countries will face a rather young Pakistan team in the first of the three-match T20 series, dubbed as the Independence Cup, here on Tuesday at the Gaddafi Stadium. The series, a historical moment in Pakistan cricket, is seen as the gateway to return of international cricket to the country. 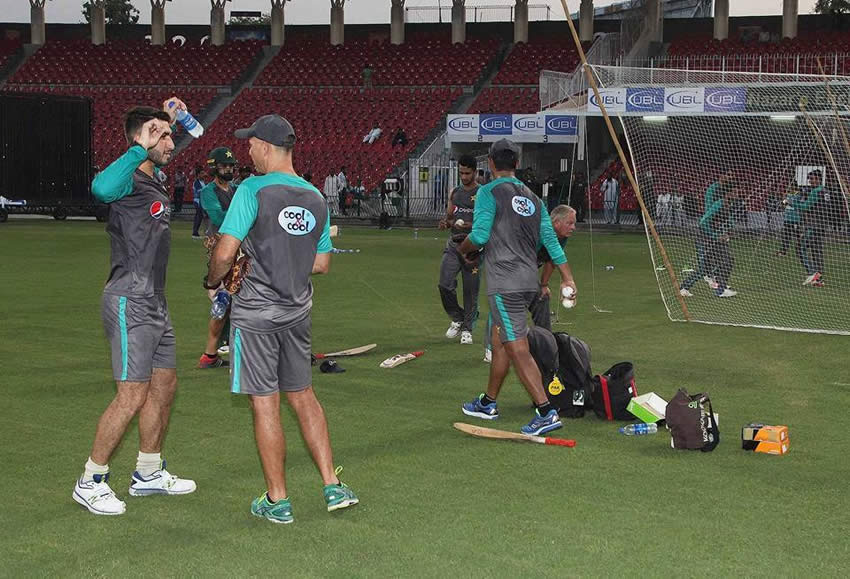 In comparison, he Pakistan team has just three experienced players in all-rounder Shoaib Malik (86 matches), opener Ahmed Shehzad (48 matches) and captain Sarfraz Ahmed (29 matches). All-rounder Imad Wasim with 19 matches to his credit is also there but he is yet to be established as a world class competitor.

Pakistan’s bowling attack, too, is very inexperienced and does not look that menacing, specially in the absence of experienced Mohammad Aamir who is in England these days. His place is taken by pacer Sohail Khan (three mat­ches, two wickets). Then there is the talented Hasan Ali (seven matches, 10 wickets), Usman Khan Shinwari (two matches, no wicket), Aamir Yamin (one match, one wicket) and Faheem Ashraf who will be making his T20 International debut.

In spin department, upcoming leg-spinner Shadab Khan (four matches, 10 wickets), Muhammad Nawaz (five matches, three wickets) are the main bowlers with all-rounders Malik and Imad to back them up.

“The World XI is a good and tough side but our preparations are also good and we will give them a tough fight,” said Sarfraz in a pre-match press conference at the Gaddafi Stadium on Monday.

When asked if Amir’s absence in bolwing will be felt by the home side, Sarfraz said: “Yes but Amir’s place is being filled with by experienced Sohail Khan.” 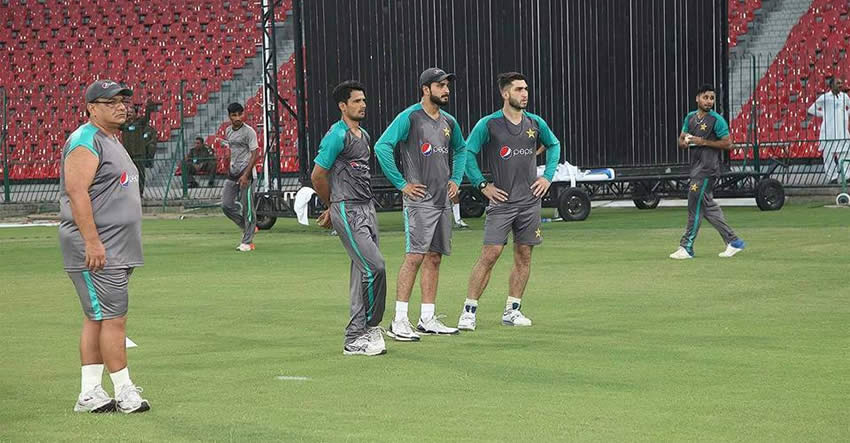 Although the wicketkeeper-batsman admitted that his side had more youngsters, he said it was a great opportunity for them to perform in front of the home crowds which will be a great boost for them.

Sarfraz added that the bowling trio of Hasan, Shadab and Rumman Raees was in form and could prove to be match-winners. “I am certainly not depending on any one player and all of them will be required to play a part if we are to win the series,” he said.

He said after winning the ICC Champions Trophy in June this year in England, Pakistan will be keen to maintain the winning streak in the upcoming series.

“It is a great moment for Pakistan that the World XI is touring here, and hopefully very soon the other teams of the world including India would also come to Pakistan to play matches in all major cities of the country, including Karachi.

“We welcome all the foreign players at our home and look forward to a good series,” he concluded.

Meanwhile, spinner Imran Tahir of the World XI said that his team has come to Lahore for a noble cause. “But Pakistan has also picked a good team against the World XI and the matches will be very good.”

He said it was his great desire to play before the home crowds, especially in front of his family, and the same is about to be fulfilled.

Sarfraz thanked South African Cricket Board for providing its players to travel to Lahore for this important series.

Speaking about his early days in Pakistan cricket, Imran said: “When I was trying to get a place in Pakistan team, there was very tough competition, so I moved to South Africa to play domestic cricket there and things have worked out well since.”

Imran, a fine spinner, however said he is sightly disappointed to see the pitches prepared for the independence Cup which are quite flat in nature.

Both the teams also held a practice session under floodlights on Monday evening.

‘Afghanistan should not be left on mercy of India’

'Afghanistan should not be left on mercy of India'