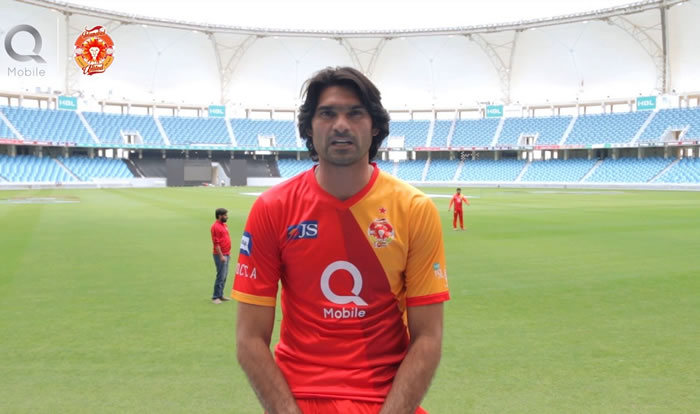 Fast bowler Muhammad Irfan has been provisionally suspended by the Pakistan Cricket Board after spot-fixing inquiry against him during Pakistan Super League (PSL) that concluded earlier this month.

Irfan had admitted before the investigation panel his contact with a bookie. Sources informed that the bookie had approached the fast bowler during a PSL match. The PCB has asked Irfan to furnish his reply within 14 days. During the suspension period, Irfan is barred from playing any form of cricket. The bowler has also been handed over the charge-sheet by the cricket board.

He has been charged with violating the PCB’s code of conduct.

‘I WAS UNDER MENTAL STRESS’ – IRFAN

A day ago, Irfan said he could not report about the offer of spot-fixing because he was under mental stress following his parents’ deaths recently. Making a disclosure before the PCB’s Anti-Corruption Unit, Irfan admitted that he had received offer of spot-fixing, but added that he did not commit any wrongdoing.  “First my father passed away in September last year. Later in January this year, my mother also expired after a protracted illness. I was under intense mental stress following the demise of my loved ones. That’s why I could not report about receiving offer of spot-fixing,” he said.

The tallest player of the international cricket world was questioned over his involvement in spot-fixing during Pakistan Super League 2017. He was playing for the Islamabad United. According to the PCB rules, the player who receives spot-fixing offer has to immediately report to Anti-Corruption Unit of PCB. If a player fails to report the incident, he is liable to punishment. The PCB had previously suspended opening batsmen Sharjeel Khan and Khalid Latif after they were found to be in contact with the bookies during PSL match.