The Karachi Kings – Gearing Up For PSL Season 2 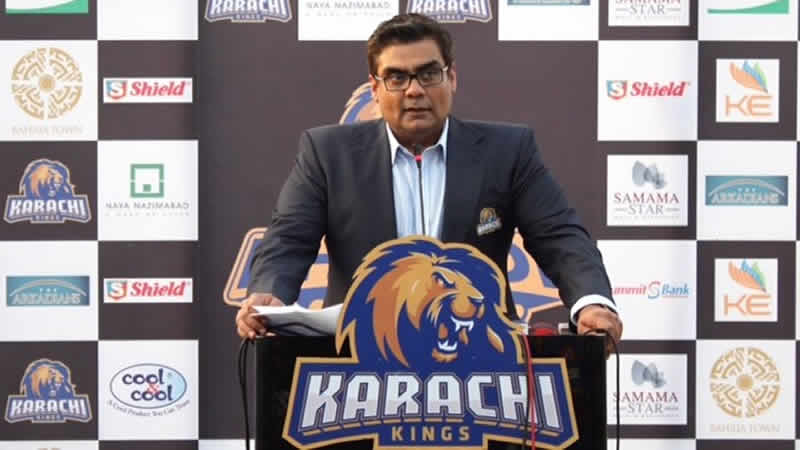 The Karachi Kings Gearing up for PSL Season 2

The biggest and most followed team of the PSL, the Karachi Kings are ready to jump back into action, having recently concluded the Khiladi Ki Khoj  Talent Hunt at the National Stadium Karachi.

In preparation of the second season, the Karachi Kings have made some major changes to the team, the lineup now proudly includes West Indian heavy hitter Chris Gayle a.k.a. ‘The Gayle Storm’. Also included to the team roster is Sri Lankan wicket keeper/batsman, Kumar Sangakkara, who will be performing the duties of Team Mentor as well.

That is not all, the Karachi Kings are very excited to add Pakistan’s very own Babar Azam, who recently made the world record for scoring centuries in three consecutive matches against West Indies. The Karachi Kings team already comprises of some of the finest players, such as Shoaib Malik, Imad Wasim, Ravi Bopara, Mohammad Amir and Sohail Khan among others.

The changes are not only limited to the team, the advisory board for Karachi Kings now includes Pakistan Team Coach Mickey Arthur, and some of the most respected and well known cricketers from Pakistan including Shoaib Malik, Rashid Latif, Saleem Yousuf, Iqbal Qasim and Azhar Mehmood.

Mr. Salman Iqbal  Owner of Karachi Kings, has made some uplifting changes to the management as well. With Tariq Wasi appointed as CEO, Mickey Arthur will continue as Head Coach, Azhar Mahmood as Coach, Rashid Latif has been added as Team Director, Navaid Rasheed as VP Operations, Shehzad Hassan Khan as Head of Marketing for the team and Asim Qureshi will be responsible for Branding.

Speaking about the recent changes to both the team and the management, Mr. Salman Iqbal  Owner Karachi Kings said ‘Our confidence and belief in Karachi Kings has never been higher, with the morale of the team in high spirits, we are ready to take on any challenge and the team is all set to give a groundbreaking performance in the field. Speaking about the Khiladi Ki Khoj Talent hunt, Mr. Salman Iqbal said ‘The amount of talent that we got to see during the trial period has been astounding. 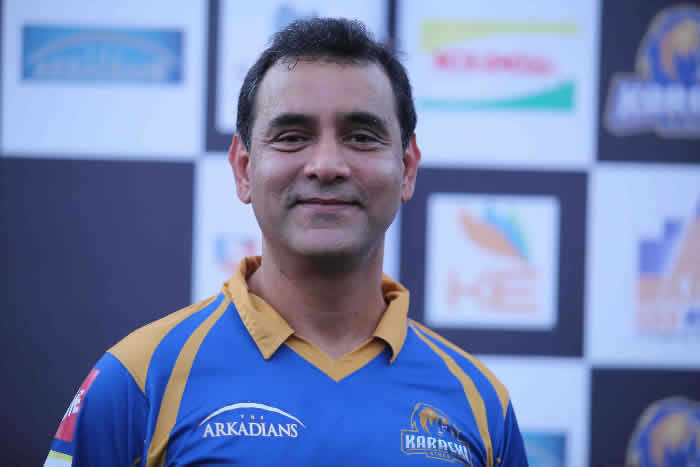 With thousands of players coming in from all over Pakistan, we feel proud to be part of an initiative that is making efforts to bring new blood to this great game’ The Khiladi Ki Khoj – Talent hunt, which began on 3rd Oct, had only one mission on agenda and that was to find and bring forth the promising new talent in cricket for PSL. With thousands of hopefuls who showed up, every athlete had an equal opportunity to perform and show off his talents. Over the course of the trial period 350 promising candidates were shortlisted. 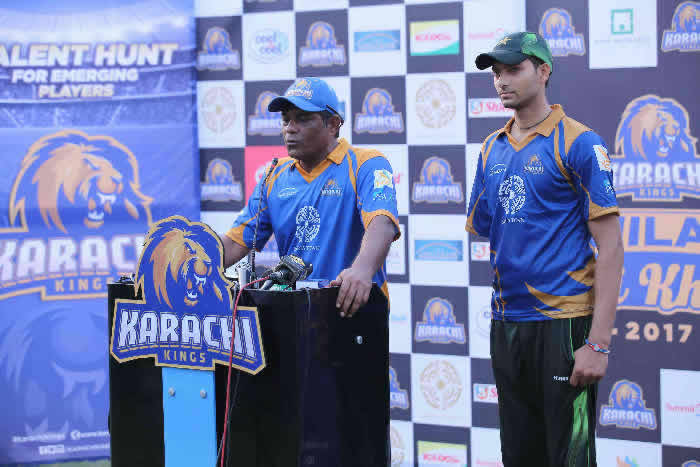 Top 6 players will be recommended in the PSL draft for emerging category.  Besides this out of the selected players, 4 teams with 15 players each will be formed and a tournament will be held under the Karachi Kings Foundation whose Chairman is Mr. Salman Iqbal. Out of these 60 players 15 will be chosen to become the Karachi Kings A team. 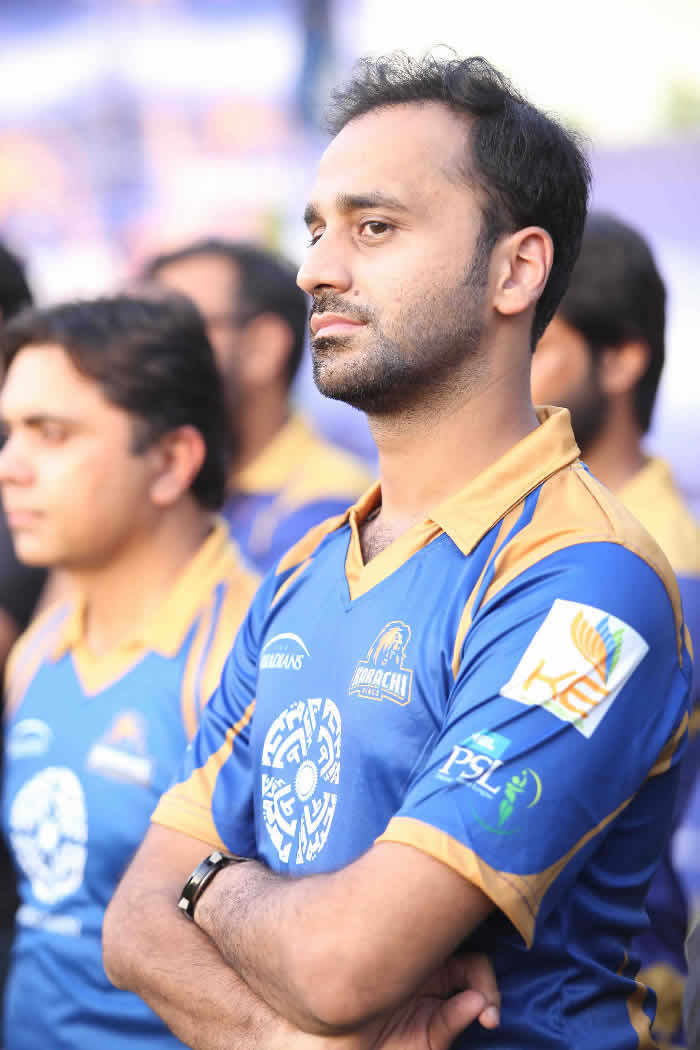 
– Latest additions to the team include, Chris Gayle and Babar Azam as Batsmen and
Kumar Sangakkara as Wicket Keeper/Batsman.
– The team already has some fine players such as Shoaib Malik, Imad Wasim,
Ravi Bopara, Mohammad Amir and Sohail Khan.
– The Advisory Board for the team includes Mickey Arthur, Shoaib Malik, Rashid Latif,
Saleem Yousuf, Iqbal Qasim and Azhar Mehmood.
– Team management comprises of Tariq Wasi as CEO, Mickey Arthur as Head Coach,
Azhar Mahmood as Coach and Rashid Latif as Team Director, Navaid Rasheed as
VP Operations, Shehzad Hassan Khan as Head of Marketing and Asim Qureshi will be responsible for 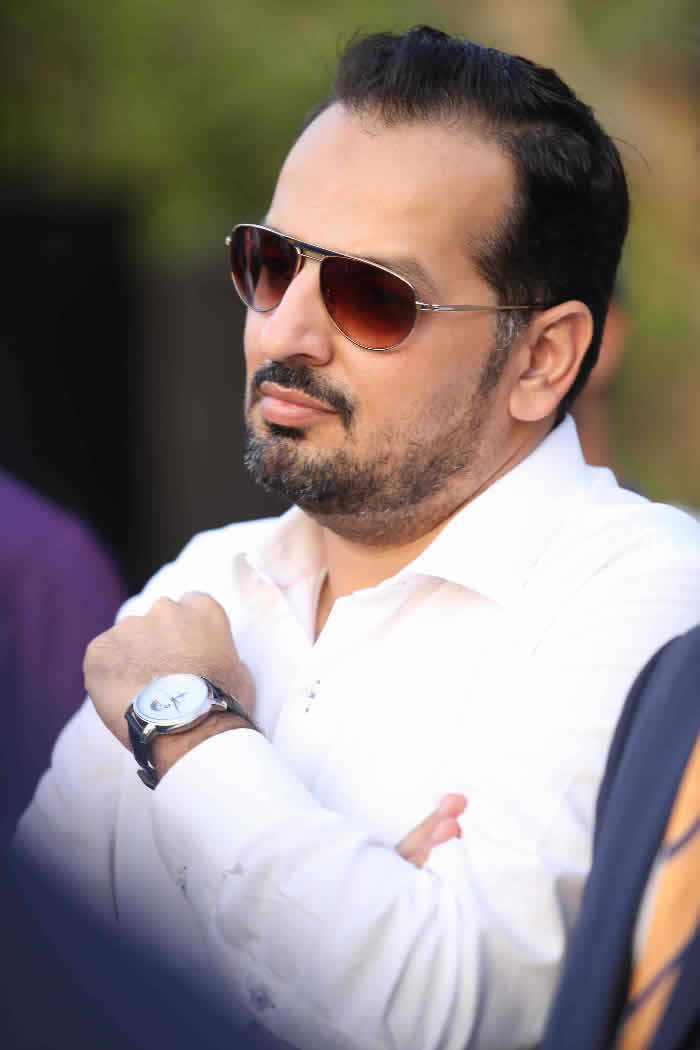 Branding.
– Khiladi Ki Khoj – Talent Hunt was conducted from 3rd to 7th of Oct 2016.
– Thousands of hopefuls showed up for the trials, from which 350 were shortlisted.
– 6 best players will be presented in PSL Emerging Players Draft.
– 4 teams of 15 each will be formed and will be playing a tournament to be held by Karachi Kings Foundation whose Chairman is Mr. Salman Iqbal. Out of these 60 players 15 will be chosen to become the Karachi Kings A team.