Pakistan 260-6 Against England In 1st ODI 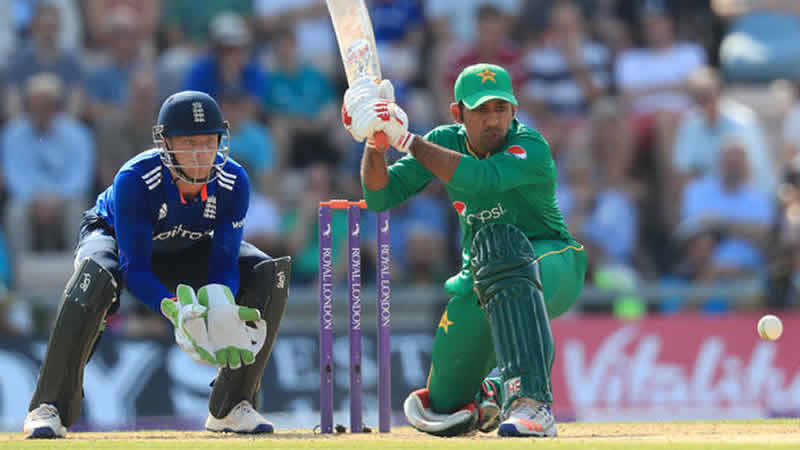 Pakistan 260-6 against England in 1st ODI

Pakistan made 260 for six after winning the toss in the first one-day international against England at Southampton on Wednesday.

Azhar Ali, the Pakistan captain, top-scored with 82 and Sarfraz Ahmed made 55 in this day/night match. Adil Rashid was England’s most successful bowler, the leg-spinner taking two for 51 in his nine overs. Pakistan captain Azhar Ali won the toss and elected to bat against England in the first one-day international at Southampton on Wednesday. England recalled the fit-again Durham duo of all-rounder Ben Stokes and fast bowler Mark Wood. Stokes’s season has been blighted by knee and calf injuries and he is expected to play in this match just as a batsman only.

Wood has not appeared for England since a Test against Pakistan in Dubai in October following a longstanding ankle problem. But he looked sharp while taking four for 25 in Durham’s Twenty20 semi-final win over Yorkshire at Edgbaston on Saturday. England decided against playing Jonny Bairstow as a batsman only, with regular ODI wicket-keeper Jos Buttler behind the stumps. Pakistan made one change to the side that thrashed Ireland by 255 runs in a one-day international in Malahide last Thursday, with left-arm quick Wahab Riaz replacing Hasan Ali. That match saw Pakistan’s Sharjeel Khan score the third fastest 150 in ODI history. Pakistan opted against recalling leg-spinner Yasir Shah.