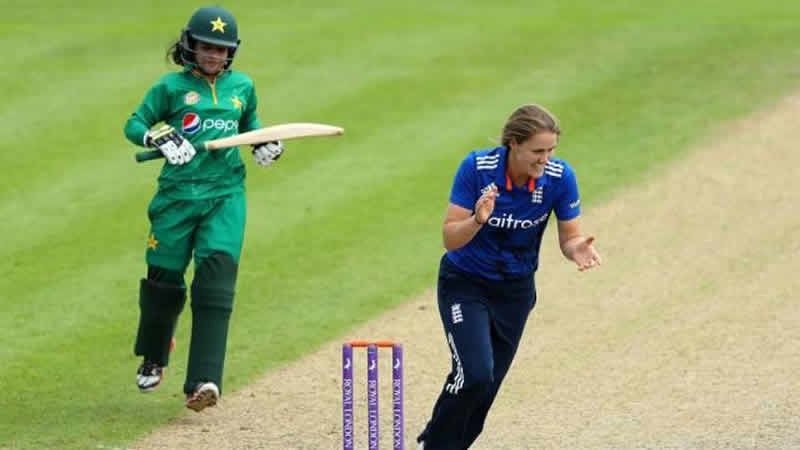 England s women made history with their highest ever one-day international score as openers Tammy Beaumont and Lauren Winfield scored centuries in a 212-run victory over Pakistan at New Road on Wednesday.

England s total of 378-5 from 50 overs helped them establish a winning 2-0 lead in the series. It also forms part of the ICC World Championship and England have climbed to third spot in the table behind Australia and the West Indies, with the top four automatically qualifying for the 2017 World Cup in England.

England surpassed their previous highest total of 376-4, also against Pakistan in 1997 at the Ghandi Stadium in Jalandhar, India. The previous highest 50-over score in all cricket at New Road was also beaten Worcestershire s 365-7 against Scotland in the Friends Provident Trophy in 2007. Anya Shrubsole finished with impressive figures of four for 19 as Pakistan were dismissed for 166 in 47.4 overs.