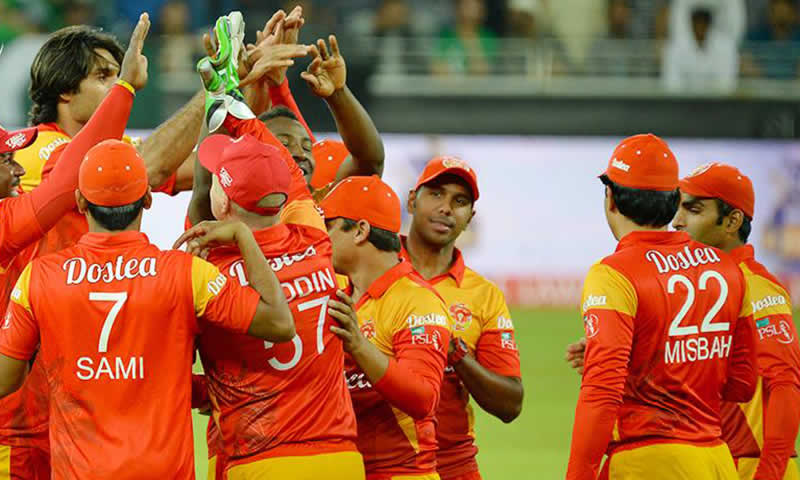 A fiery fifty from Dwayne Smith propelled Islamabad United to the inaugural Pakistan Super League (PSL) title as Misbah-ul-Haq’s side defeated Quetta Gladiators by six wickets in the final.

It was a dramatic finish for United who defeated the PSL’s big guns Peshawar Zalmi to storm into the final. And Smith ensured they continued their march even in the pressure finale watched by a capacity crowd at the Dubai Cricket Stadium.

West Indies batsman Smith, who smashed 73 off 51 including 7 fours and 4 sixes, provided United with the perfect response as they chased 175, which Quetta scored on the back of quick fifties by Ahmed Shehzad and Kumar Sangakkara. Smith, who was dropped on 52 by Anwar Ali, found an equally belligerent partner in Brad Haddin, who scored his third fifty in a row. Earlier, Shehzad and Sangakkara propelled the Gladiators to a very competitive 174, scoring 64 and 55, respectively. Sangakkara in particular played some exquisite shots and Gladiators could have scored even more had it not been for a couple of tight overs from United’s Mohammad Sami.

Pakistan’s inaugural national cricket league was an unexpected success, even at the neutral venue of the UAE. Since the PSL was announced last September, the Pakistan Cricket Board sold five franchises for $93 million and attracted players from 11 different countries. They included big names like West Indies batsman Chris Gayle and former internationals Kumar Sangakkara of Sri Lanka and England’s Kevin Pietersen. The biggest surprise, however, was been the response from Pakistan’s public. Since matches began in the UAE on February 4, national television viewing figures were higher than for the 2015 World Cup, with 55 per cent of Pakistan’s TV-watching public tuning into the tournament at peak times. Tuesday’s championship match between Islamabad United and Quetta Gladiators in Dubai was also sold out.

CHAMPIONSHIP MOMENT! ISLAMABAD UNITED has done it! This is a tremendous turn-around for them considering the way they started #HBLPSL but they deserve every bit of it!