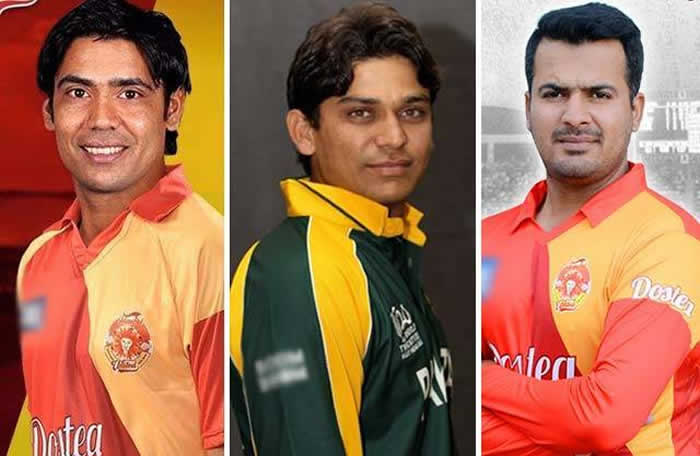 The Pakistan Cricket Board on Monday announced the inclusion of Sharjeel Khan and Mohammad Sami in the national squad for the upcoming Asia Cup and World T20 tournaments, while Khalid Latif made it only to the World T20 squad.

The changes in the national side were made due to the injuries sustained by Babar Azam and Rumman Raees during the on-going Pakistan Super League (PSL), making the players unavailable for either of the tournaments.

According to a press release issued by PCB, Babar Azam suffered a fracture on his left forearm during a practice session with Islamabad United, CT scans revealed. The right-handed batsman will be back after around three to four weeks according to the doctors. Azam’s United teammate Ruman Raees suffered a grade one hamstring strain and is working to regain his fitness.

“After having looked at the performance of the players in the PSL, the selection committee along with Captain Shahid Afridi and Head Coach Waqar Younis decided to include Sharjeel Khan and Mohammad Sami as replacements for injured Babar Azam and Ruman Raees respectively for both Asia Cup and World Cup,” said Pakistan chief selector Haroon Rasheed. Sharjeel scored a 117 off 62 balls in the third qualifying final of the PSL against a strong Peshawar Zalmi attack on Sunday while Mohammad Sami has taken six wickets, giving away just 23 runs in his last two PSL outings.

“Since we have options available to bring in changes in our World T20 squad before the support period starting from March 8, 2016, it has also been decided to use this option and include Khalid Latif, who showed tremendous display of power hitting in the PSL matches.

Khalid Latif also hit form recently and has piled 190 runs in eight PSL matches so far. “Khalid Latif could not be made part of the Asia Cup squad due to some technical reasons but would join the squad for the World Cup,” added Rasheed. ‎ The Asia Cup and World T20 kick off on February 24 and March 16 respectively.