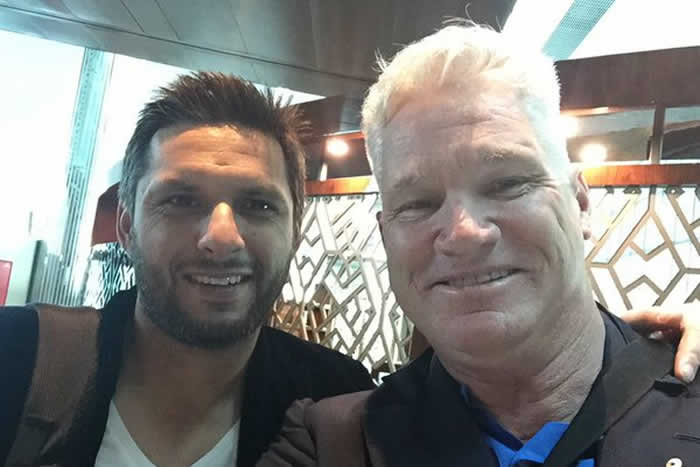 Former Australian batsman Dean Jones finally arrived in Pakistan on Sunday night to take over as coach of a team in the new Twenty20 league after landing earlier without a valid visa, officials said.

Jones arrived from Dubai Saturday night but was refused entry because he had no valid visa for Pakistan and returned to the emirate. “Jones has arrived at Lahore via a flight from Dubai,” an immigration official at Lahore airport, told AFP.

“This time his visa and other travel documents were complete,” he said. Last week the 54-year-old was hired as the head coach of Islamabad United in the Pakistan Super League (PSL). The first edition of the PSL Twenty20 league will be held in Dubai and Sharjah from February 4. Five teams from Karachi, Islamabad, Quetta, Lahore and Peshawar will compete in the league, designed on the lines of the Indian Premier League and Australia’s Big Bash. PSL organisers confirmed Jones’s situation after he was initially rejected by authorities, saying they hoped he would be able to return later Sunday so he could attend the players’ draft in Lahore later this week.

Jones played 52 Tests and 164 one-day internationals for Australia between 1984 to 1994 and is currently a widely traveled cricket commentator. Jones also landed in trouble in 2006 during a series in Sri Lanka when he described South African batsman Hashim Amla, a Muslim, as looking “like a terrorist” due to his long beard. Jones was sacked by Ten Sports as a commentator for the remark, for which he apologised. After the visa controversy erupted over the weekend, Jones tweeted that the paperwork for his Pakistan visa had been incomplete due to a recent change in policy. – AFP