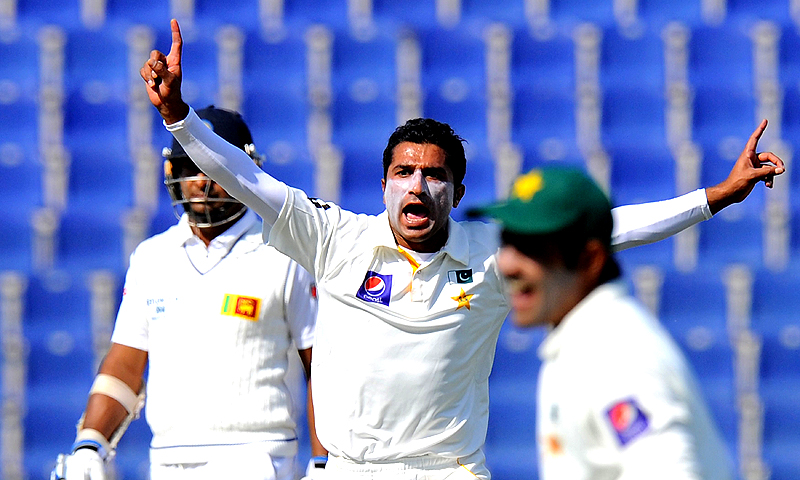 The national selection committee, in consultation with the team management in Bangladesh, has announced Bhatti as a replacement for the injured Rahat in the Pakistan Test squad,” a PCB release said.

Bhatti, 23, is currently touring Sri Lanka with the Pakistan ‘A’ team (a second string team) and will join the national team in time for the second Test match. Pakistan and Bangladesh are currently playing the first of two Tests in Khulna which started on Tuesday. Pakistan have been plagued with injuries both before and during the tour. Batsman Sohaib Maqsood (arm fracture) and paceman Sohail Khan (back problems) were ruled out even before the tour started.

They were joined on the sidelines by pacemen Ehsan Adil and Rahat (hamstring issues) while leg-spinner Yasir Shah recovered from a thumb injury which forced him to miss the preceding one-day series. On the field Pakistan suffered their worst-ever 3-0 whitewash in the one-day series — their first against Bangladesh. They also lost the only Twenty20 against Bangladesh, prompting the PCB to call for a review of frequent injuries and poor performance once the tour finishes. -AFP