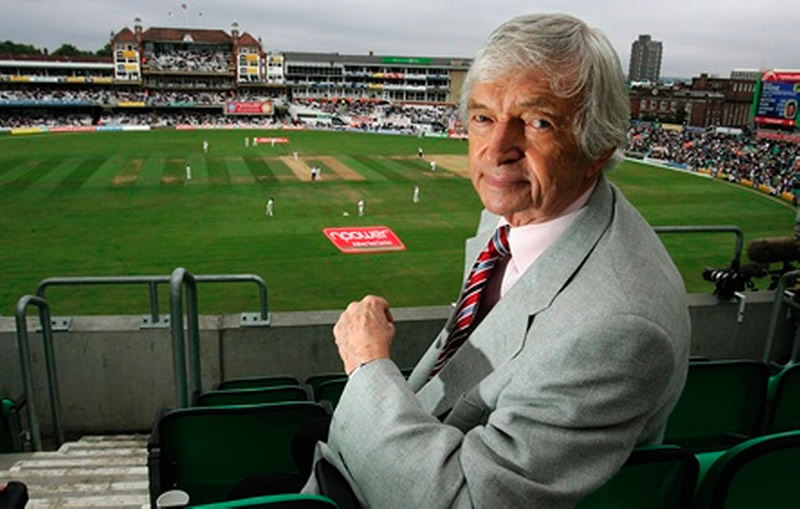 Former Australian captain Richie Benaud, known as the “voice of cricket” to fans around the world, has died aged 84, Channel Nine announced Friday.

Benaud, one of Australia’s most influential cricketers and much loved commentators, died overnight in his sleep. He had been fighting skin cancer and suffered serious injury in a car accident in late 2013.

“A sad day for Australia,” tweeted Prime Minister Tony Abbott. “We have lost a cricketing champion and Australian icon. What an innings. RIP Richie Benaud.” The 63 Test matches veteran was the first player to score 2,000 Test runs and take 200 Test wickets. Australia never lost a series under the leg-spinning all-rounder’s attacking captaincy which ran for 28 games. Benaud also played a key role in the formation of Kerry Packer’s World Series Cricket that revolutionised the professional game in the 1970s and went on to anchor Channel Nine cricket coverage for decades. Tributes poured in from around the nation for Benaud, who was born in 1930. “My vintage, we grew up with that voice,” said current Australian captain Michael Clarke. “He was a great player and a great captain. A wonderful leader of men and he continued that off the field,” Clarke told Nine. “He loved winning. He helped the Australian team have the attitude where they wanted to win. He played the game the right way.”

Benaud took 248 Test wickets at an average of 27.03 and had a highest score of 122 in a remarkable career that saw him take five wickets 16 times. “If cricket had ever anointed a pope it would be Richie Benaud,” said Jim Maxwell, one of Australia’s leading commentators. “He has been the most influential, revered and respected person in the game for 50 years.” Prime Minister Abbott later told ABC radio: “There would hardly be an Australian over the last 40 years who has not listened to Richie Benaud and who has not thrilled to his commentary or warmed to his character and personality. “He was a very effective cricketer, a great captain, a great character and great personality. “He has been a part of the lives of millions of Australians and he will certainly be very much missed.” After retirement in 1964, Benaud moved into commentary, first with the BBC in England. He was the mainstay in Australian cricket television commentary until the past two southern summers, before announcing in November 2014 that he had skin cancer.  –AFP