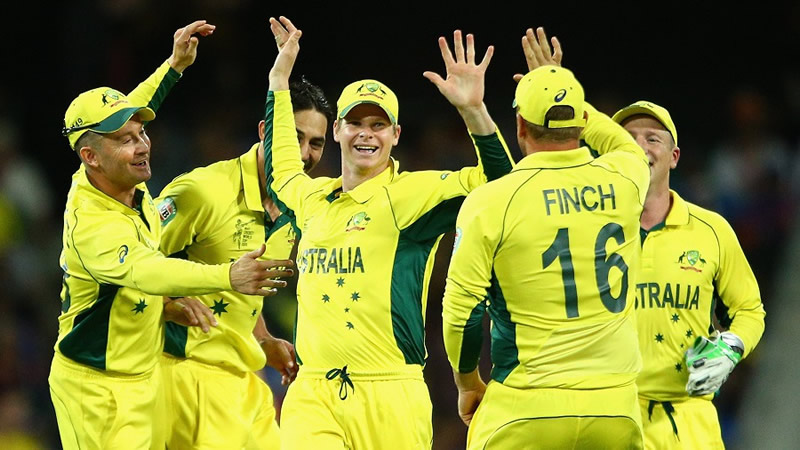 Steve Smith struck a superb century to set up a 95-run win for Australia over India in their ICC World Cup semifinal at the Sydney Cricket Ground in Australia on Thursday.

India could only muster 233 all out off 46.5 overs in reply despite 65 from MS Dhoni. Left-arm seamer James Faulkner ended with 3-59. Smith and Aaron Finch, with 81, provided the platform for Australia’s innings with a 182-run second-wicket partnership. India looked as if they might have had to chase down over 350 but they fought back well late in the innings to hold Australia to 248-5 but late cameos from Faulkner (21) and Mitchell Johnson (27 not out off 12 balls) provided the innings with some late impetus.

Umesh Yadav ended with 4-72. India made a good start to their run chase as they reached 76 without loss thanks to Shikhar Dhawan (45) and Rohit Sharma (34). But Dhawan was dismissed by seamer Josh Hazelwood and India never really threatened to win the match after that. Australia will play New Zealand in the final in Melbourne on Sunday, March 29

The End is the Beginning