Afghanistan, Ireland Get Boosted Up for World Cup 2019 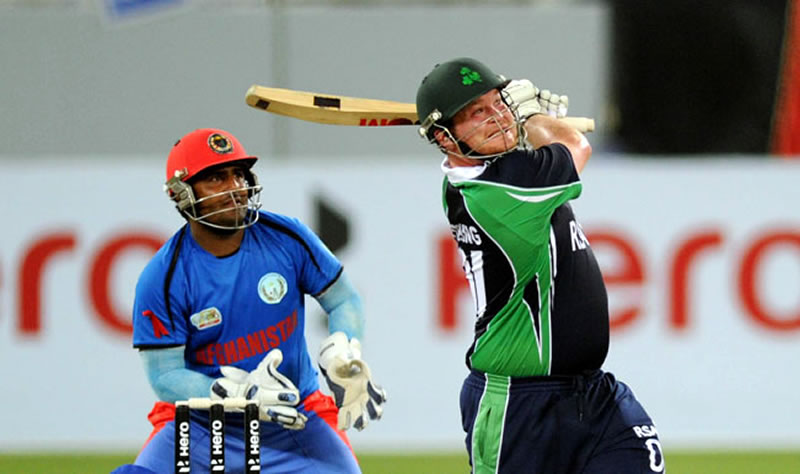 Afghanistan and Ireland s hopes of reaching the slimmed-down 2019 World Cup were given a massive boost Wednesday when they were placed amongst the 10 Test-playing nations in a revised qualifying system.

The 2019 event in England will feature just 10 teams, down from the 14 who will contest the 2015 edition, which gets under way in Australia and New Zealand on February 14.

The International Cricket Council (ICC) said the two nations will now join the 10 Full Members in the rankings-basedqualification system for the 2019 tournament. The top eight-ranked sides as at September 30, 2017 will qualify automatically, while the bottom four will play in a 10-team World Cup qualifier 2018 that will determine the final two teams in the line-up.

“Both Afghanistan and Ireland have excelled on and off the field in recent years, and this decision is a critical step forward to the aim of having more competitive teams in international cricket,” said ICC chief executive David Richardson. “The decision also provides even greater context to one-day international cricket, and provides a fully meritocratic pathway into the World Cup and Champions Trophy events.” Afghanistan and Ireland will now no longer play in the ICC World Cricket League Championship, the ICC s one-day competition for the leading Associate and Affiliate sides. Ireland chief executive Warren Deutrom said his team were looking forward to the new system.

“We are absolutely delighted with the opportunity to qualify directly to the ICC Cricket World Cup 2019,” he said. “Ireland has worked very hard over recent years to prove itself as the leading Associate side and has beaten a number of Full Members over the years. “We are confident that we can now accelerate our progress as part of this qualification structure with the Full Members, while this is also an excellent boost as we put our finishing touches on our preparations for the ICC Cricket World Cup 2015.” -dunyanews