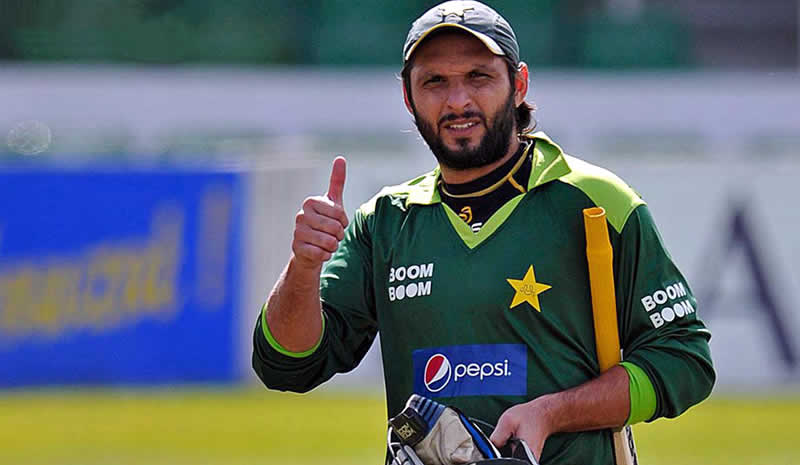 Pakistan’s star-allrounder Shahid Afridi has signed with English county Northants for the country’s domestic Twenty20 competition starting in May.

“He doesn’t need a big introduction. He is one of the top one-day cricketers of the last decade,” Northants coach David Ripley told BBC Radio Northampton.

“I think we were in the right place at the right time to get a bit of dialogue going. “It’s a very exciting signing. It’s for the start of the competition so hopefully we can come out of the blocks quickly.

The big-hitting Afridi, who’s smashed a record 342 sixes in ODIS and has remained a top-ranked T20 bowler since the inception of the format, will play the first six matches of the T20 Blast before leaving for national commitments.

“We might not be able to finance another player further down the line, but we haven’t given up hope on that,” Ripley said. Afridi will join up with the Northants squad in time for their opening T20 Blast fixture away to Durham on 15 May, and will remain for games against the Birmingham Bears, Derbyshire, Leicestershire, Worcestershire and Nottinghamshire, BBC reported. Afridi, who has also played for Leicestershire, Derbyshire, Kent and Hampshire, will retire from ODIs after this year’s World Cup. -dawn

China says Pakistan 'Most Reliable Friend', Vows to 'Help in All Respects'