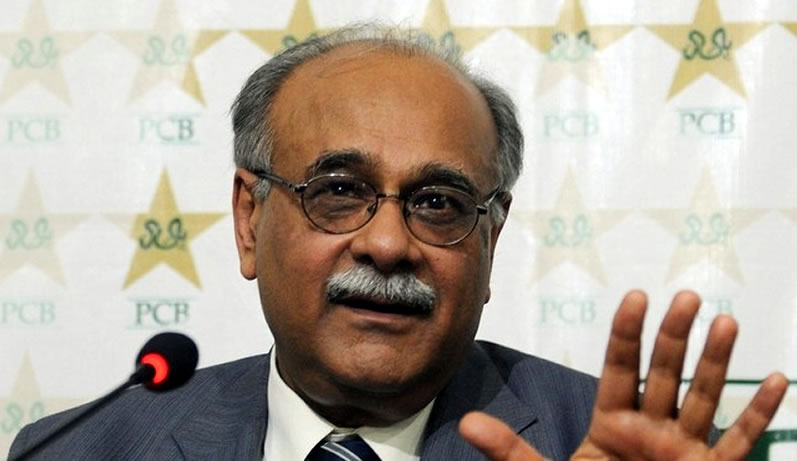 In a very rare and stunning development, former Pakistan Cricket Board (PCB) chairman Najam Sethi was made head of as many as three new committees all of which were constituted during the 33rd Board of Governors meeting held here on Wednesday.

Sethi, whom the PCB has nominated for the post of next president of the International Cricket Council (ICC), taking charge on June 1, is already the chairman of the Executive Committee — the most powerful body within the PCB. So, overall, Sethi now heads four different committees, giving him a very strong and exceptional-looking position in the Board. Three more committees formed are Bids Committee (for Pakistan Super League), PCB Model Constitution (for clubs and cricket associations) and Media Committee. To a query, incumbent PCB chief Shaharyar M. Khan told Dawn that Sethi would complete all the jobs assigned to him in the three committees during the next couple of months, adding there would be no hurdle for him to join the ICC as president in coming June. It may be mentioned that with the addition of these three committees, the total number of different bodies in the PCB have increased to 10.

Surprisingly, however, only two committees are being headed by cricketers namely Zakir Khan (Disciplinary Committee) and Mohammad Akram (Illegal Bowling Review Action Committee). More surprisingly, several notable former Test cricketers like Intikhab Alam, Iqbal Qasim and Haroon Rasheed are acting as the members of different committees. Even the Cricket Committee is being run by Shakil Sheikh, a non-cricketer, whereas both Intikhab and Iqbal are functioning as members. Meanwhile, Dawn also learnt that in the first phase two full members of the Board of Governors namely Gul Zada and Ijaz Faruqi and one ex officio federal secretary of the Ministry of Inter-provincial Coordination Ijaz Chaudhary will go to watch the 2015 World Cup matches being held in Australia and New Zealand. In the second phase, all BoG members and many PCB top officials will go, if Pakistan qualify for the last-four stage. Meanwhile, according to a PCB media release, Shaharyar briefed the members on the positive impact of the Kenyan team’s recent tour to Pakistan and hoped that the visit would help the Board also host teams from Sri Lanka, Bangladesh, Holland and Scotland in the near future.

The members were also informed about the process adopted to select the national team for the World Cup. “At the outset a minute silence was observed in the memory of the innocent children who lost their lives in the unfortunate terror incident in Peshawar’s Army Public School [last month],” the press release read. “Updates were also provided on PCB’s sale of international media rights the tender AD of which has already been circulated in national and international newspapers, and has received an enthusiastic response,” the press release claimed. It was decided that the annual general meeting of the Board would be convened in April. Members also approved the re-initiating the Pakistan Super League (PSL) project and formed a bid committee to oversee the award of PSL rights. The window for the league is possible sometime in February 2016. “The BoG also approved the annual audited accounts for 2013-14 and congratulated the Board on increased profitability,” the press release concluded.