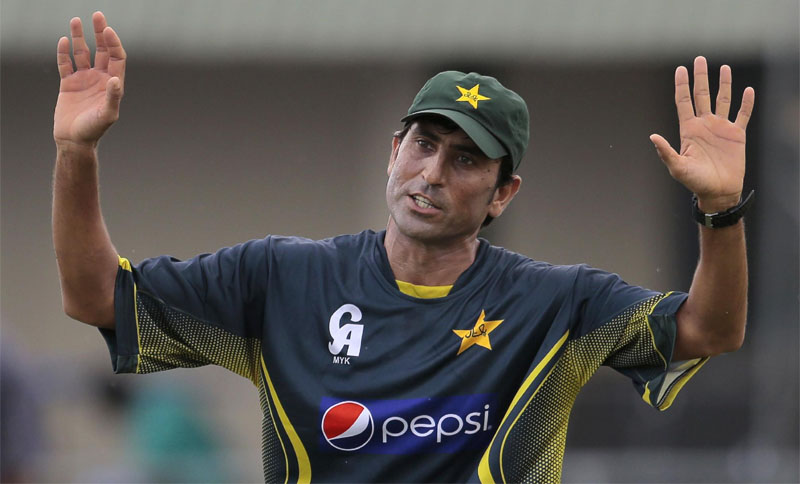 As widely anticipated Younis Khan returned on Sunday to the Pakistan side for the upcoming One-day International series against New Zealand after the senior batsman was controversially overlooked for the preceding three one-dayers against Australia in the United Arab Emirates.

The national selection committee, headed by Moin Khan, has included Younis in a 16-man squad for the first two one-day fixtures against the Black Caps in Dubai on Dec 8 and Sharjah on Dec 12. The selectors also announced a 14-member squad, skippered by all-rounder Shahid Afridi, for the two back-to-back Twenty20 Internationals in Dubai on Thursday and Friday. It seems that the selectors have kept their options open for the World Cup selection by opting to pick the one-day party for the opening two matches. However, the omission of doughty batsman Fawad Alam is quite mindboggling. Well-placed sources told Dawn that the left-hander was advised by a cricket board official to prepare himself to travel for the forthcoming matches against the Kiwis.

Inevitably Fawad, who had returned to his hometown Karachi while anticipating his inclusion in the Pakistan team, missed the ongoing Quaid-i-Azam Trophy Gold League against SNGPL that started from Sunday in Abbottabad. The 29-year-old had been one of the leading performers in the first-class championship with 521 runs in six matches at 74.42 with a double century under his belt. From the T20 team missing from the Australia series are Umar Amin, Sohaib and Bilawal and replaced by Haris, Umar Gul and Sarfraz. The 25-year-old Haris Sohail, who has figured in just four ODIs and a T20 in 2013, was a member of the Test squad against both Australia and New Zealand but the talented left-hander was not considered for selection for all five Tests that Pakistan played over the past five weeks.

The remaining three ODIs against New Zealand are scheduled for Sharjah (Dec 14) and Abu Dhabi (Dec 17 and 19).

Petrol Price Down by Rs9.6 a Litre

Petrol Price Down by Rs9.6 a Litre