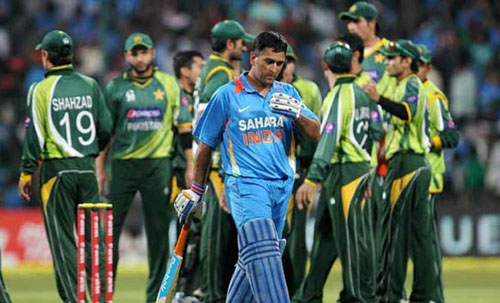 We have no issues in playing a series with Pakistan but we will need our government’s clearance first, Cricinfo reported Secretary Board of Control for Cricket in India (BCCI) Sanjay Patel as saying on Wednesday. Patel said that this was the BCCI’s stance and the PCB was aware of it.

Patel’s statement comes just after Pakistan Cricket Board (PCB) chairman Najam Sethi claimed Pakistan would earn millions in revenue from a bilateral series against India. According to Sethi, India and Pakistan had signed an agreement to play a total of six series on the sidelines of an International Cricket Council (ICC) annual conference in Melbourne last week.

The potential windfall for Pakistan was made possible after they conditionally agreed to approve an ICC revamp that gives major powers to cricket’s “Big Three”: India; Australia and England. The shakeup, which Pakistan initially opposed, was formally endorsed at the meeting in Melbourne. “We would have been left isolated and gone bankrupt in two years had we not approved the revamp,” Sethi told national media on return from Australia on Monday. “We get the most revenues when we play with India and if all goes well we are set to earn $300 million from the four series we host against India,” he said.

But according to the BCCI secretary, the deals with Pakistan were not set in stone, effectively leaving the country in a similar position as they were before the ICC meeting. India have not played a full series with Pakistan since the 2008 terror attacks on Mumbai. Pakistan did play a short limited over series in India in December 2012 but a full tour has yet to be finalised. -dawn

Jaguar Stalking and Ambushing a Crocodile from the Water in Brazil