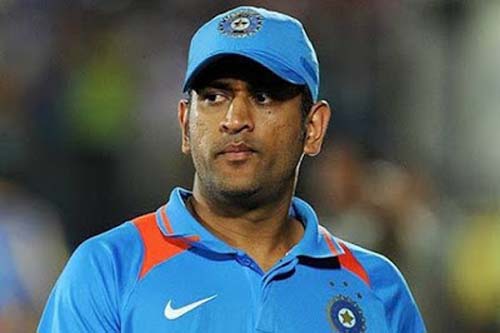 An Indian court on Tuesday issued an arrest warrant for Indian cricket team captain Mahendra Singh Dhoni for allegedly hurting religious sentiments of Hindus. Indian news media reports stated that a local court in Andhra Pradesh issued the warrant after Dhoni failed to appear in court despite being summoned on three occasions.

The police has been directed to present Dhoni in court on July 16. The case relates to a picture on the cover of an Indian magazine Business Today which carried a picture of Dhoni portrayed as Hindu god Vishnu in its April 2013 edition. The picture bore the sub title “God of Big Deals”, with the cricketing legend holding products of several companies including a shoe in his hand. A local leader of the Vishwa Hindu Parishad (VHP) had filed a petition in the court in February this year alleging that the cricketer hurt the sentiments of Hindus by denigrating a Hindu god. The summons issued by the court to Dhoni on three occasions were returned.

The court, which took up the hearing on Tuesday, issued the arrest warrant. Similar petitions against Dhoni were filed in Delhi, Pune and other cities. Dhoni is among six prominent “Indian capped” players likely to face the heat for their alleged roles in a fixing scandal with their names cropping up in a report filed before the Supreme Court by a committee probing the Indian Premiere League (IPL) betting and spot-fixing scam. In its report, the three-member committee said that former BCCI President I.S. Bindra had also stated that he knew two former reputed Indian players who were allegedly involved in match-fixing.

According to a report submitted to Justice Mukul Mudgal by G. Sampath Kumar (SP, Railways, Trichy), Kumar had carried out an investigation as SP, Crime Branch CID (internal security) and came in touch with bookies when investigating a fake passport case in 2013. He had submitted the report to Justice Mudgal and top cricketers like M.S. Dhoni and Suresh Raina’s names came up in the report. Justice Mudgal did not give clean chit to anyone but said further investigation needs to be done on spot and match-fixing. But the current focus on just betting is raising questions as to whether senior players are being deliberately shielded and a cover-up is in place.

Cashing in on Recycling

Cashing in on Recycling