Top 10 Most Player of the Match Award Winners in ODIs 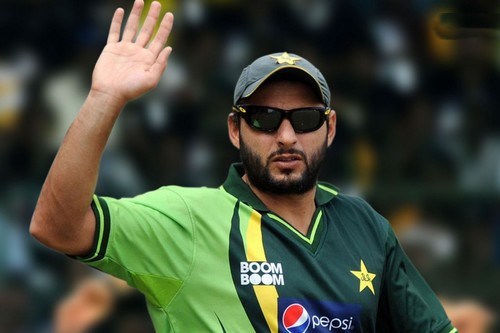 Sachin Tendulkar has won most player of the match award in ODI cricket while Sri Lankan southpaw Sanath Jayasuriya comes second. Pakistan’s legend Shahid Afridi comes third and Jacques Kallis, leader in tests, comes fourth while destroyer batter of yesteryear King Viv comes sixth with very few ODI as compared to others in the following list of players with most man of match awards in ODI cricket.

The Top 10 Cricketers With Most Player of the Match Award in ODIs:

Majestic timing and placement were Saeed Anwar’s hallmarks. He was an opener capable of electrifying starts in all cricket through graceful strokeplay rather than brute force. He played 55 Test matches scoring 4052 with the help of eleven centuries. In 247 ODIs he made 8824 runs at the average of 39.21. He made twenty centuries in ODIs which are more than any other Pakistani batsmen in this format. During his ODI career span 1989-2003, he won 28 player of the match award in 247 matches.

One of the game’s best entertainers, de Silva is considered one of the finest batsmen produced by the country. He is also regarded as one of the most elegant batsman in his generation, and to date is the only player to make a hundred and take 3 or more wickets in a World cup final. During his ODI career span 1984-2003, he won 30 player of the match award in 308 matches.

He is widely regarded as one of the greatest batsmen of his era and one of the finest ever to have graced the game. He topped the Test batting rankings on several occasions and holds several cricketing records, Brian Lara including the record for the highest individual score in a test innings after scoring 400 not out against England at Antigua in 2004. During his ODI career span 1990-2007, he won 30 player of the match award in 299 matches.

Sourav Ganguly’s ability to polarise opinion led to one of the most fascinating dramas in Indian cricket. He is regarded as one of India’s most successful captains in modern times. Currently, he is the 5th highest run scorer in One Day Internationals and was the 3rd person in history to cross the 10,000 run landmark, after Sachin Tendulkar and Inzamam Ul Haq. Nobody can argue about him being one of the greatest one-day batsmen of all time. During his ODI career from 1992 to 2007, in 311 ODI matches, he won Player of the Match Award 31 time.

You knew when he was coming. The outgoing batsman would already have disappeared into the pavilion, and the expectation of what was to follow filled the air. Viv kept you waiting… time to ponder. Then he appeared, sauntering, swaggering, arms windmilling slowly. He would take guard, and then, head tilted back slightly and cudding his gum, he would walk a few paces down the pitch to tap it while looking the bowler in the eye. It was calculated menace and magnificent theatre from arguably the most devastating batsman of all time.

Popularly known as Viv (or King Viv), he is regarded as one of the greatest batsmen of all time and as one of the very finest players in the history of the cricket. During his ODI career span 1975-1991, he won 31 player of the match award in 187 matches.

Ricky Ponting, the most uncompromising player of his generation, grew into Australia’s most successful run-maker and only sits below Bradman in the country’s overall ratings. He is a specialist right-handed batsman, slips and close catching fielder, as well as a very occasional bowler. During his ODI career span 1995-2012, he won 32 player of the match award in 375 matches.

A right-handed batsman and right-arm fast-medium swing bowler, Jacques Kallis is regarded as one of the greatest of the game’s all-rounders. As of 2013 he was the only cricketer in the history of the game to score more than 11,000 runs and take 250 wickets in both one-day and Test match cricket. During his ODI career span 1996-2013, he won 32 player of the match award in 325 matches.

Of Shahid Afridi it can safely be said that cricket never has and never will see another like him. To say he is an allrounder is to say Albert Einstein was a scientist; it tells a criminally bare story.

Undoubtedly world’s most famous cricketer of all time is Shahid Khan Afridi. Best known as Boom Boom, by his aggressive batting style. He is the 2nd player with 10,000+ runs and 500+ wickets in international cricket after Kallis. He hold the third place on our list. During his ODI career spanning 1996-2014, in 378 matches, he won 32 time player of the match award.

At world’s renowned all-rounder, Sanath Jayasuriya, who had an international cricket career that spread over two decades. He is the only player to score over 12,000 runs and capture more than 300 wickets in One Day Internationals, and hence regarded as one of the best all rounders in the history of limited-overs cricket. During his his ODI career, spanning between 1989-2011, in 445 matches, he won 48 time player of the match award.

The master bluster, the most complete batsman and the most worshiped cricketer in the world, Sachin Tendulkar holds just about every batting record worth owning in the game, including those for most runs and hundreds in Tests and ODIs, and most international runs. During his international cricket career from 1989 to 2012, in 463 ODI matches, he won Player of the Match Award 62 time.

Woman Among 6 killed as PAT Supporters clash with Lahore Police

Woman Among 6 killed as PAT Supporters clash with Lahore Police