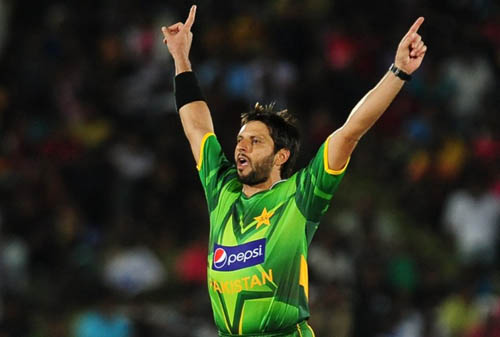 Cricket is the only sport which is frequently played and watched in all of the Asian and European countries. And if we talk about the most famous players and the players with the heaviest fan following  then we find all the cricketers on the board. With their excellent performances, great fan following and demand they are earning a lot of money by charging top brands heavily and all of the leading brands are willing to have them as their brand ambassadors. According to this situation here we are presenting a list of top 10 Richest Cricketers in 2014. In this Highest paid crickters 2014 list we find out most of the Pakistani, Indian and some of the English players.

Suresh Raina is an emerging cricket star of Indian team and in the start of his career he made a strong position in the field and also on the screen. He is having a huge fan following and two main factors are involved in it one is his field performance and the second is his screen performance. Beside Indian team he is also a part of the IPL and has some of the national brand’s endorsements which add great revenue to his account. The total approximate earnings of Raina are about $ 5 million that put him at the number ten in our list.

The ninth position in our list of top 10 richest cricketers in 2014 is secured by another Indian cricketer who is leading to a good cricket career for future years. He is having good skills a batting and in the year 2013 he made and breaks records in Indian Premier League so people have a lot of expectations to him. With the approximate earnings of $ 6 million he is on nine.

It seems to be like that we have all of the Indian cricketers who are highly paid and are getting rich day by day in the cricket world, with the approximate amount of $ 8 million we have Gautam Gambhir at the eight number in our list. He is a batsman by his skills and has a position of Vice Captain in the Indian team, due to his feuds with different cricketers in the field he always remain in news. On the other hand he is a good star for the brands to endorse.

With the estimated earnings of $ 8 Million we have Kevin Peterson at the number eight who is one of the finest cricket players around the world. He is the person who has made a series of consecutive runs in ODI and Test Cricket and in the IPL he was the fifth highest paid cricketer from the franchise of Bangalore Royal Challengers.

After the T-20 World Cup the whole world witness to have absolute amazing batsman who played such amazing innings and that is Chris Gayle. He has been an alarm for all of the bowlers in the opposite team but after the T-20 World Cup he entered into a new phase of fame. Chris Gayle he is in the top cricketers and highly paid cricketers in all of the leagues. With the estimated earnings of 4 8.5 million this year Gayle is at the number six in our list.

Virat Kohli is a batsman in Indian cricket team and well known for some of his outstanding performances, besides his talent in the field as a batsmen he is also a good model and that’s why he has a lot of endorsements by leading brands. He is also one of the most expensive IPL players. With the total approximate earnings of $ 9.5 million he is at the number five in our list.

At the number four in our list of the richest cricketers in 2014 we have an Australian all rounder cricketer who is good enough at bowling and bating as well. In the cricket field he does some amazing jobs with all of his duties while he is on batting line, bowling or fielding. The approximate annual earning of Shane Watson is about $ 10 Million which includes his yearly matches’ fee of $ 2 Million and $ 8 million from his endorsements and IPL. Watson is endorsed by the Gunn & Moore, Asics and TAG Heuer.

Third position is restored by the Shahid Afridi a fast in fact super fast blower of Pakistani Cricket team and always gives a tough time to the opponents. He has played different international cricket tournaments, national and domestic crick as well. He is the highest paid player in  BPL, APL and SPL. With the total estimation of $ 12 million which includes his payments and some of his endorsements he is at number three this year.

At the number two we have a cricketer who starts playing in Indian Cricket team from the age of 16 years and last year he got retired but still has annual approximate earning of $18 million. He played a legendry cricket and in every match he was supposed to do a century, he is still having a lot of brand endorsements an IPL in his account.

At the top of the Top 10 Richest Cricketers in 2014  list we have the captain of the Indian cricket team MS Dhoni with the estimated annual earnings of $30 million. No doubt he is an amazing player and has won approximately all of the leading tournaments which he played with his team. He is a good batsman and a competent wicket keeper.  -toplistsmania