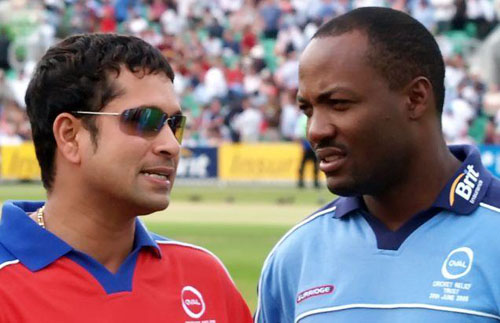 West Indies batting legend Brian Lara has been added to the star-studded list of players who will take part in the MCC v Rest of the World Lord’s Bicentenary match scheduled to be staged on July 5, it was announced on Wednesday.

The 45-year-old Brian Lara, a veteran of 131 Tests and 299 ODIs, will play alongside fellow all-time batting great Sachin Tendulkar for MCC, with Australia’s Aaron Finch, currently the world’s leading Twenty20 batsman, also in the hosts line-up. Australia paceman Peter Siddle, a thorn in England’s side during the Ashes, will join Nottinghamshire team-mate and former Test wicket-keeper Chris Read in the MCC side. Pakistan’s fast bowler Umar Gul and West Indies’ Tino Best are the final names to be added to the MCC and Rest of the World sides respectively.

Lara, whose 400 not out against England in 2004 at St John’s, Antigua remains the highest ever individual score in a Test, said in a statement. “It was an honour to be asked to be involved and it will be fantastic to play at such an iconic place on such a special occasion,” the left-handed genius added. Umar Gul, meanwhile, said: “Playing at Lord’s is different to playing at any other ground in the world. “There is something magical about it and it will be a pleasure to come back and help MCC mark the current ground’s 200th year in this match.”

REST OF THE WORLD: