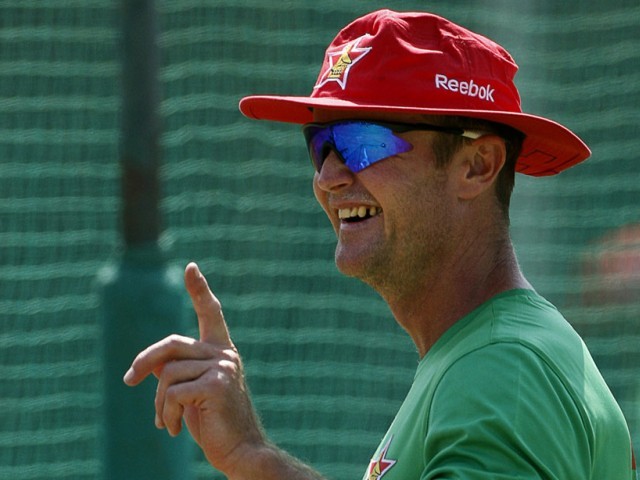 Pakistan appointed former Zimbabwe opener Grant Flower as their batting coach Thursday in a comprehensive overhaul of the national team’s management in their bid to win next year’s World Cup.

Grant, younger brother of former England coach Andy, will join in August during Pakistan’s tour of Sri Lanka. “We have completed the signing of Grant Flower as batting coach for two years starting from August,” a Pakistan Cricket Board (PCB) spokesperson told reporters. The latest appointment follows PCB’s decision to name Waqar Younis as head coach for a second stint and Mushtaq Ahmed as spin bowling consultant.

Pakistan is also likely to appoint former England fielding coach Richard Halsall as their fielding and strengthening trainer. The 43-year-old Grant is known for his superior technique among Zimbabwean batsmen. Ironically his highest Test score of 201 came against Pakistan at Harare in 1995. He played 67 Tests and 221 one-day internationals for his country before moving to England as coach, and also coached Zimbabwe for a brief period until 2012. Pakistan’s national team have been plagued by batting problems, mostly on foreign tours.

They lost all three Tests in South Africa and were bowled out for their lowest score of 49 in the Johannesburg Test last year. Pakistan had also hired Australian Trent Woodhill for a brief two-month stint last year but even that failed to bring any improvement to Pakistan’s batsmen, who are regarded as flat track bullies. Former greats Javed Miandad, Inzamam-ul Haq and Zaheer Abass have also tried to lift the quality of batting in the recent past. Grant’s first assignment will be Pakistan’s tour to Sri Lanka in August, where they will play two Tests and three one-day internationals.  -tribune

Cultural Eco-tourism: Opportunity And a Need of the Hour