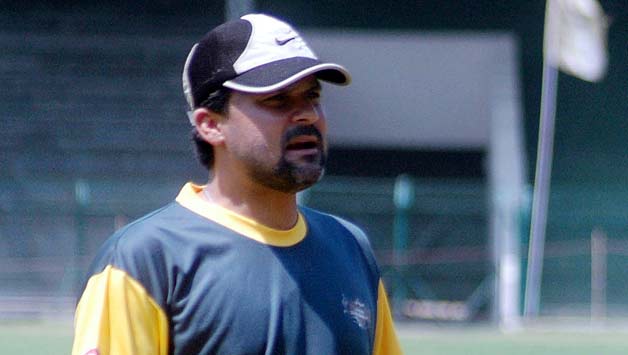 Pakistan’s new chief selector Moin Khan on Friday dropped a hint that the Pakistan Cricket Board (PCB) could go for a change in captaincy of the one-day team in the coming weeks. As the board continues to make changes and give new assignments as part of its-sake, Moin said that a captain should be liked by the team.

“The captain should be someone who is a performer and is also liked in the team. The captain should be liked in the media and by the people as well,” Moin khan told reporters here. He appeared to be referring to current Test and one-day skipper Misbahul Haq who has led by personal example with some sterling performances, but continues to be criticised in the media and by fans for his approach to the game. Sources have indicated that with Moin taking over as chief selector and manager of the national team, there is a lobby active in the board that wants Shahid Afridi to be given the one-day team captaincy before the 2015 World Cup in Australia and New Zealand.

Opener Ahmed Shahzad is being tipped to take over as the national Twenty20 captain after Muhammad Hafeez stepped down following Pakistan’s failure to reach the semifinals of the World T20 in Bangladesh. Afridi has always been seen as a popular captain in the team. Moin stated that Pakistan had time to prepare for the 2015 World Cup and a plan would be unveiled soon to start preparations for the mega event. He also called on all players to keep the same approach and positive attitude. “That is the only way our players can improve themselves and be world beaters.”

Meanwhile, Pakistan’s most capped player and former captain Inzamamul Haq has advised the board to quickly take whatever decisions they wanted to for the national team. “There is little time left before the World Cup and whatever the board wants to do it must do it quickly. Because the captain should also know where he stands and the players should also be comfortable knowing who is leading them,” Inzamam, a veteran of 120 Tests, said. Inzamam also said that the captain needed to be given freedom to plan and select the team. “A captain needs time to gain confidence of his players so that they can work together and perform for the team.”dailytimes