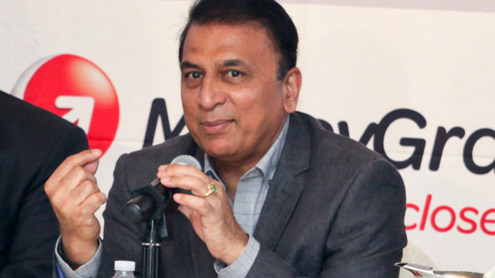 In a big setback to BCCI president N Srinivasan, Indian Supreme Court on Thursday proposed his replacement by Sunil Gavaskar and suspension of Chennai Super Kings (CSK) along with Rajasthan Royals (RR) from IPL 7 till the pendency of case of betting and spot fixing scandal before it.

The court said it is intending to bar CSK, owned by India Cements, which is promoted by Srinivasan, and RR, whose players and team officials are allegedly involved in the scandal, from participating in the IPL 7 tournament slated to begin from April 16. A bench headed by Justice A K Patnaik proposed the name of veteran cricketer and commentator Sunil Gavaskar to head the Board during the pendency of the case in the apex court.

The bench asked the Board to give its response by tomorrow on its proposals after which it will pass an interim order. The bench also proposed to pass an order barring India Cements officials from getting involved with the functioning of BCCI after senior counsel Harish Salve, appearing for Cricket Association of Bihar, pointed out that many such officials are at present part of BCCI team. Salve also raised questions on the conduct of captain of Indian cricket team, MS Dhoni, who is also vice-president of India Cements, saying that he is guilty of corrupt practices.

At the beginning of the proceedings, BCCI placed before the apex court its proposal and assured that it will initiate disciplinary proceedings against persons concerned on the basis of Supreme Court-appointed Mudgal committee’s report. BCCI, which was rapped on Tuesday by the apex court, came out with the proposal saying that it agrees to conduct proper probe in the IPL betting and spot fixing scandal. -Thenews