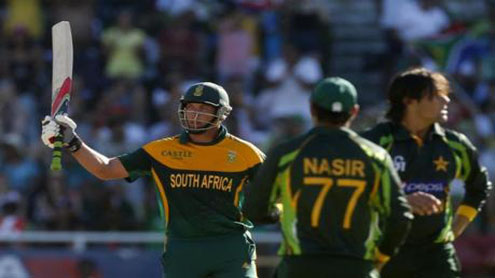 South Africa, who have already lost the series, will rest Dale Steyn and Jacques Kallis for the third and final one-day international against Pakistan at Centurion on Saturday.

Paceman Steyn has a mild side strain while all-rounder Kallis has a badly sprained little finger. South Africa start a three-match 50-over series against India next Thursday followed by two tests.

“Dale and Jacques will play a key role in the series against India so we felt it was necessary to take precautionary measures so that they are in prime condition,” team manager Dr Mohammed Moosajee said on Thursday.