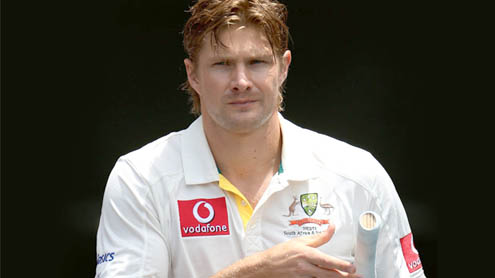 Australian cricket was on Monday plunged into a deep crisis when Shane Watson, vice-captain of the side touring India, and three other key players were sensationally sacked, prompting him to leave for home after saying that he was contemplating quitting Test cricket.

Trounced by India in the first two Tests, the Australian team was preparing for the third match beginning on Thursday but the team management made the shocking announcement that Watson, James Pattinson, Mitchell Johnson and batsman Usman Khawaja had been dropped from the team on disciplinary grounds.

The four players were dropped for failing to make a presentation on how to improve their personal as well as the team’s performance after the innings and 135 runs defeat in the second Test in Hyderabad. Within hours, Watson, a frontline batsman and a good bowler who has failed during the tour so far, suddenly left for home, raising intense speculation of a revolt within the team.Though Cricket Australia denied that Watson’s departure was a result of the decision and that he was heading home to be with his pregnant wife Lee Furlong, the cricketer himself came out with a contradictory version.

Watson was about to tell coach Mickey Arthur and captain Michael Clarke on Monday that he would have to miss the fourth Test in Delhi from March 22 to be home for the birth of his first child. “I was about to communicate that to Mickey and the leadership group today but they obviously beat me to it by telling me that I was not selected for this Test match,” Watson said.The 31-year-old Watson said that he was “absolutely shattered” to be axed from the team and would weigh up his future in Test cricket.

“Any time you are suspended for a Test match unless you do something unbelievably wrong, and absolutely everyone knows what those rules are — I think it is very harsh,” Watson said. “I am at a stage where I am sort of weighing up my future and what I want to do with my cricket in general, to be honest,” he said.The sacking of the four players evoked sharp reactions from Australian greats like Shane Warne, Allan Border, Mark Waugh, Ian Chappell who ridiculed and strongly criticised the team management’s decision. – KahleejNews