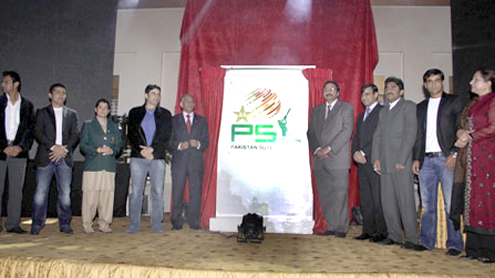 LAHORE: Pakistan Cricket Board announced Thursday that it would host a multinational Super League in March in hopes the Twenty20 competition can revive international cricket in the troubled country.

There has been no top-class international cricket in Pakistan since militants attacked the Sri Lankan team in March 2009, killing eight Pakistanis and wounding seven visiting players.Foreign teams have shunned the country over security fears, leaving Pakistan to play its home series in England and the United Arab Emirates.

The Pakistan Cricket Board (PCB) plans to host a Twenty20 league on the lines of the glitzy, cash-rich Indian Premier League, which has featured more than 100 foreign players since its inception in 2008.The logo of the Pakistan Super League was unveiled at a colourful ceremony in Lahore, with PCB chairman Zaka Ashraf, former International Cricket Council chief executive Haroon Lorgat and Pakistan captains Mohammad Hafeez and Misbah-ul Haq in attendance.

Lorgat, who is acting as adviser to the new league, said he hoped the participation of foreign players would help Pakistan in a big way.”With the rising popularity of Twenty20 cricket, every ICC member country has the right to host its own league. Pakistan has done hard work and I hope with foreign players’ participation, perceptions about the country will change,” Lorgat said. – TheNews