Inzamam hired as batting consultant ahead of India tour 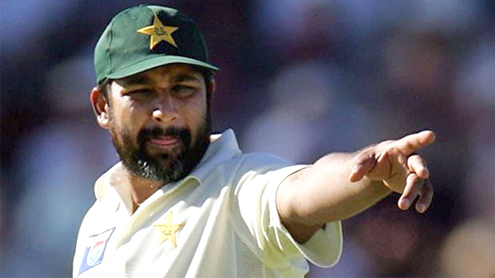 Inzamam hired as batting consultant ahead of India tour

MURIDKE: Former Pakistan captain Inzamam-ul Haq has been drafted in as a batting consultant for the national team ahead of their upcoming tour of India, the Pakistan Cricket Board (PCB) Chief Zaka Ashraf said on Thursday.

Pakistan will start a week-long training camp on Friday for the landmark limited-overs series, with the batting great Inzamam overlooking the batting department.Ashraf said Inzamam had agreed to help as a batting consultant before the tour.“Inzamam will help the batsmen in the camp but since he is busy he will not go on the tour,” Ashraf told reporters.

Pakistan has been on the lookout for a coach to overcome batting weaknesses that have proved troublesome at an international level.Inzamam, who played 120 Tests and 378 one-day internationals for Pakistan, was regarded as one of the finest batsmen of his time.Ashraf said sports psychologist Maqbool Babri has also been selected to help motivate the players for the challenging tour.

“We hope that the team will perform well on the tour and for this balanced squads have been selected,” said Ashraf, hoping star all-rounder Shahid Afridi will win back his place on the one-day squad.“For me every player is equal and we have a strict policy of merit. Afridi has been going through a bad patch and I hope he removes his flaws,” said Ashraf of Afridi being dropped from the one-dayers but selected for the T20s.

India and Pakistan play two Twenty20s and three one-day internationals in their first series for five years, which starts later this month and comes after India resumed ties stalled in the wake of the 2008 attacks on Mumbai.The training camp begins in Lahore and the team fly to India on December 22 and open the tour with a Twenty20 in Bangalore three days later.The second Twenty20 will be played in Ahmedabad on December 27 followed by three one-day matches in Chennai on December 30, Kolkata on January 3 and New Delhi on January 6. – Dawn