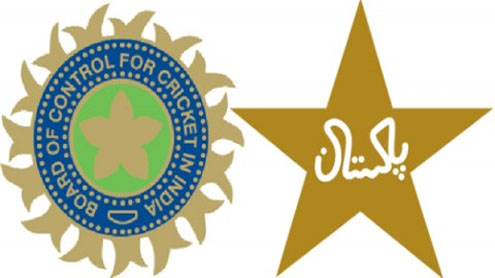 LAHORE: India’s cricket board said Tuesday it has secured government clearance to host Pakistan for a short tour later this year.

An official of the Pakistan cricket Board has welcomed the green signal given to the series by the Indian government. “It’s a welcome sign and the efforts of the PCb chairman Zara Ahsraf are bearing fruit. Now we are on course of setting other things to resume the series and that will follow the resumption of international cricket in Pakistan also,” he added. The Indian Home Ministry cleared Pakistan cricket team’s tour of India for a limited-over series beginning December 25 and said that the government will provide foolproof security to the visiting team.

The Board of Control for Cricket in India has invited Pakistan to play three one-dayers and two Twenty20 matches in December-January, the first bilateral contests between the arch-rivals in five years. This was conveyed when a delegation of BCCI met Union Home Secretary RK Singh on Tuesday.BCCI senior official and Union Minister Rajiv Shukla said that the Board delegation discussed with the Home Secretary about security and logistical issues.

“We have discussed all security aspects (and) the tour is on,” board spokesman Rajiv Shukla told reporters after a meeting between its officials and Indian Home Secretary R. K. Singh in New Delhi.Reports coming from across the border said the venues for the ODI games would most likely be Chennai, Kolkata and New Delhi while the Twenty20 matches would take place in Bangalore and Ahmedabad.Apart from the security issues, the Home Ministry also gives visa clearance to Pakistani spectators. Several top Pakistani dignitaries are expected to visit India to watch the cricket matches.

The series would comprise three ODIs and two Twenty20 Internationals between December 2012 and January 2013. The ODI matches are likely to be played in Chennai, Kolkata and New Delhi and the Twenty20 games in Bangalore and Ahmedabad.In July, the BCCI had decided to resume cricketing ties with Pakistan by inviting the neighbouring country for a short series in December 2012-January 2013, to be sandwiched between the Test and ODI legs of the England team’s tour of India.

The rivals have not played a series since Pakistan’s tour of India in 2007, after cricket ties were snapped following the 2008 terror attacks in Mumbai by militants from Pakistan.Cricket ties have been the subject of discussions between the governments of both nuclear-armed countries. They have been holding regular meetings in a bid to improve relations and eventually thrash out a peace agreement.

The countries — where cricket is hugely popular — have fought three wars since independence in 1947.The Indian and Pakistani cricket teams have only met in international tournaments since 2007.They clashed in the ODI World Cup semi-final in the northern Indian town of Mohali last year, a match that was attended by both countries’ prime ministers Manmohan Singh and his then Pakistani counterpart Yousuf Raza Gilani. – PT