Akhtar to scout talent from the streets of Pakistan 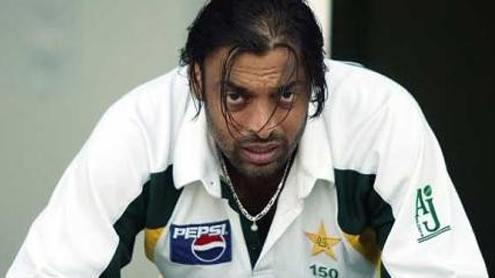 LAHORE – Pakistan’s speed- star Shoaib Akhtar has dispelled the reports that he is coming back in International cricket.

Akhtar said Thursday though he had thought to make comeback, doctors had advised him to rest. Akhtar said he would now explore new talent in the streets of Pakistan. He had announced to retire from all forms of the cricket during the World Cup in Marach 2011.

He is three wickets short of 250 in 163 one-day internationals and has taken 19 wickets in 15 Twenty20 internationals. Controversial Pakistan paceman Shoaib Akhtar is to travel the country, playing cricket in the streets in a bid to talent spot young players and groom them for success. Akhtar, who retired from international cricket last year, had a career troubled by injuries, a dope scandal and disciplinary problems.

The 36 year old and former captain Moin Khan will now embark on a seven-city tour of Pakistan as part of a programme launched by a soft-drink company. The stars will each be part of two teams that will play matches in the street in order to spot young talent. “I want to return to my country what it gave me,” Akhtar said during the launch.-Pakistantoday

Hurgahda Film Festival will be a comprehensive one

Hurgahda Film Festival will be a comprehensive one