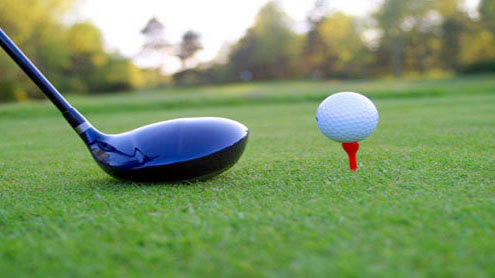 LAHORE: In the 33rd Punjab Open Golf Championship, in progress at the par-72 Gujranwala Golf and Country Club Golf Course, 94 top professional golf players of the country completed their first round on Friday, with 42 professional golfers producing scores of excellence through under par rounds and nine participating professionals having cards of level par.

This represents delightful news for the golf arena of the country and it is a national record in the history books of golf as never before have one seen such praiseworthy performances from so many talented ones, in one round of a title bearing competition. Totally cheered up was the newly elected honourary secretary of Punjab Golf Association, Shahid Wahab Rao, and rightly said: “I can hardly keep my emotions in control. The youngsters of the professional golf circuit of Pakistan are real jewels and enriched with golfing talent.” Equally delighted was the head of the organising team at Gujranwala Golf Club, Atiq ur Rehman. “Indeed these champions have done us proud with a superb display of golfing skills and we look forward to more fireworks over the next two days.”

As for the individual performances Mohammad Shabbir (Islamabad) and Mohammad Nazir, also of Islamabad, reflected class and stunning capabilities: their shot making top of the line and the short game champion like. In the opening round, Shabbir had eight birdies, the first three in a sequence on the opening three holes followed by other five, on holes 7, 8, 10, 12 and 18.Overall he had eight birdies, six pars and two bogies and an 18 holes aggregate of gross 66, six under par. Shabbir’s partner on the first day’s leader board, Nazir also had an aggregate score of gross 66, six under par, made possible by seven birdies, ten regulation pars and only one bogie. Nazir managed the birdies on holes 3, 5, 7, 9, 11, 14 and 16. “I played easy in the first round,” said Shabbir and added: “I stayed more level emotionally and that’s easy to do when you are playing well.” And Nazir said: “I really like the Gujranwala Golf Course and it is easy to hit good shots on the crisp fairways and I am very pleased with the conditions on the golf course.”

One stroke away from the two leaders were Talat Ijaz (Lahore Gymkhana) and Mohammad Tariq (Islamabad). These two looked really spectacular in the first round and with impressive performance have added a dazzling touch to this championship. Talat had a round of gross 67, five under par, compiled with the help of six birdies, eleven pars and one lost stroke on the 5th hole. His score mate Tariq had five birdies, thirteen pars and his round was bogie free. Others who have managed to perform exceedingly well, yet lagged behind the leaders by a two stroke deficit were Shafiq Masih (Gymkhana) 68 along with Ali Asghar (Islamabad), Nisar Hussain (Peshawar), Matloob Ahmed (Lahore Garrison) and the very young and talented one Hamza Amin who has travelled from Austria to be a part of this championship.

These five champions of substance were joyous about their score of 68, four under par but certainly felt unsatisfied with their positioning on the leader board. Still more competitors with good under par scores were Aadil Jehangir (Gymkhana), Ahmed Saeed (Karachi), Zulfiqar Ali (DHA Karachi), Qamar Hussain (Islamabad), Mohammad Siddique (Royal Palm), Mohammad Raheel and Sunny Masih (Gymkhana). All of them were bracketed at a score of gross 69, three under par. The inaugural shot of this championship was hit by Lt Gen Muzzamal Hussain, Corps Commander, Gujranwala. Women and senior professionals will start their rounds on Saturday (today). – Dailytimes