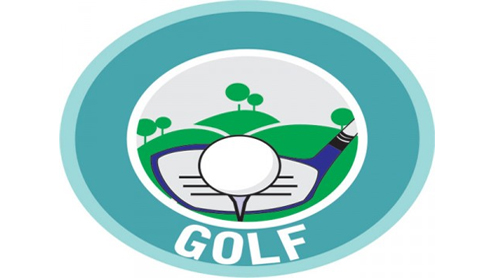 The three days trials to select a three member boys team for participation in the Nick Faldo Series Golf Championship due to be held in March in China,concluded at the grand Defence Raya Golf Course and interestingly the concluding moments were full of twists and turns which culminated in three paticipating contenders finishing level at the same score and to decide the overall winner and the best one in the under 16 years age category,Mubariz Ahmed of Margalla Golf Club,Faisal Mir of Gujranwala Golf Club and Minhaj Maqsood of Rawalpindi Golf Club had to go into a play off.This was done to comply with the basis authorised by Tom Phillips,CEO,Nick Faldo Series in Hong Kong to Taimur Hassan of Pakistan Golf Federation.

Playoffs in golf are real thrillers and in this case the playoff between Mubariz and Faisal and Minhaj was no exception.All three contenders were seen in their competitive elements during the playoff holes and all three gave off their best.Their driving was superb and so was their shotmaking off the fairways and it was sad to see Minhaj losing out to Faisal Mir in the under 16 years category and as for Mubariz Ahmed,it was a moment of glory for him as he emerged as the overall winner.

In the final standings,Faisal Mir got selected in the under 16 years category,Mubraiz Ahmed in the under 18 years categoty and Wamiq Shakeel in the under 21 years category.As for the girls Nushmiya Sukhera of Royal Palm managed to stay on course and in  tension packed final two holes,she beat her nearest rival Maryama Khan by a stroke.These four will now proceed to China and Brig Shahid Wahab Rao of Defence Raya Golf Club has offered them free practice time and all necessary facilities at the golf course.And because of the superb conditions at the course it will strengthen the players ability under the guidance of national coach Omer Ghias and sports psychologist Max Babri.

The optimistic outcome of these trials was that one notices a lot of talent,amongst the juniors.And Brig Akram Honorary Secretyary of Punjab Golf rightly highlighted that quite a few boys did not make it but with proper support they are the champions of tomorrow.The names include Minhaj Maqsood,Mustafa Gilani,Rao M.Hassan,Mahad Zafar,Zeeshan Khan,Adnan KhanOsamah warriach,Abdur Rehman and Muhammed.Mahmood Aziz of PGF said that at the moment we have eight players with single handicaps in the under 16 years category.At the conclusion of the Championship prizes were awarded to the winners by Taimur Hassan,Secretary,Pakistan Golf Federation,in a ceremony attended by Max Babri and Brig Akram of Punjab Golf, Mahmood Aziz of PGF, Omer Ghias national golf coach, Waqar Saigol, Fakhar Imam and participating golfers.