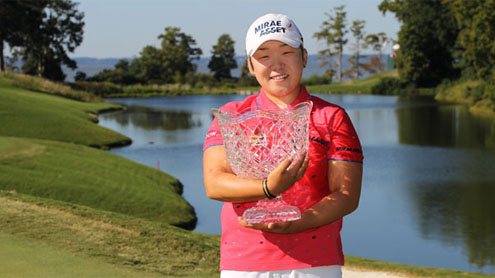 WILLIAMSBURG: Jiyai Shin beat Paula Creamer with a par at the ninth hole of sudden-death on Monday, winning the Kingsmill Championship in the longest playoff involving two players in LPGA history.

The two had battled it out through eight playoff holes when darkness halted play on Sunday. They took the duel to the par-four 16th on Monday morning and needed just the one more hole to decide it. Creamer hit her first putt some five feet past and her put coming back brushed the edge but didn’t drop. Shin’s first putt was three feet short and she made that for par and the win. South Korea’s Shin said she’d never experienced anything like the marathon playoff. – Dailytimes