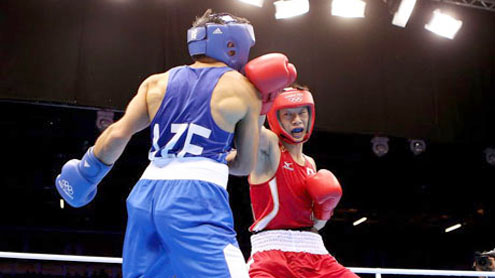 Almost inevitably, the Olympic boxing tournament has slid into the mire in London.The latest victim among many outrageous decisions at the highest level is Japanese bantamweight Satoshi Shimizu, who was as incredulous as the fans when, having knocked down his Azerbaijani opponent Magomed Abdulhamidov five times on Wednesday night, he still lost the fight. Shimizu had to lodge US$500 for an appeal and will learn on Thursday if he has been successful.

Shimizu, 5-12 down going into the third round, clearly finished on top but the aggregate score, eliminating the two extreme scores among the five judges, was 10-10. Abdulhamidov, who also received a two-point penalty in the contest, was led back to the locker room on wobbling legs. He was not available for comment.

“I was shocked by the final scores,” Shimizu said. “He fell down so many times. Why didn’t I win? I don’t understand.”While knockdowns don’t earn boxers any more points than a stiff and visible jab in amateur boxing, this was a quite remarkable take on a one-sided fight, and the packed arena greeted the decision in the appropriate manner.”I did do my best,” Shimizu said. “I performed really well. England is the place of boxing and the spectators supported me so well so I am very pleased about that.” – Guardian