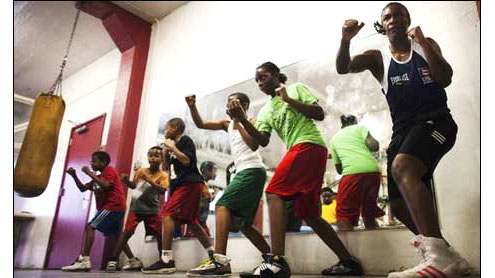 DUBLIN: Women will box in the Olympics for the first time in London, bringing an end to the last all-male sport at the summer Games and potentially usher in a series of changes that may permit professionals to fight in Rio in four years time.

Women, rejected in the past because of a limited global appeal that saw them only sanctioned to box in Britain 15 years ago, will compete for three gold medals, squeezing the men into 10 weight categories from the 11 fought in Beijing.Likely to be one of the big novelties at London 2012, some still wonder whether they should be competing at all.

Former world light welterweight champion Amir Khan, a silver medallist at the 2004 Olympics, bristled at the thought of women getting knocked out while amateur boxing powerhouse Cuba refuses to allow its females fight. Its head coach was quoted as saying in 2009 that they were “made for beauty and not to take blows around the head”.

Potential stars of the games like India’s Mary Kom and Ireland’s Katie Taylor, sporting heroes in their countries who hold nine world titles between them and were at the forefront of the campaign to get women’s boxing into the games, will be keen to prove them wrong.The London games will also likely be the last to feature a full card of amateur fights with boxing’s governing body keen on seeing it follow basketball and tennis in allowing professional athletes to compete for medals. – Thenews