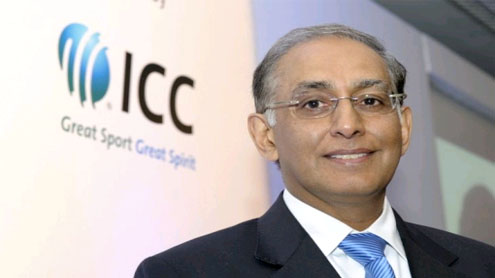 It is not an empty boast as 16 teams from cricket’s second and third tiers will play 71 matches at five venues over 12 days, with two places at stake in September’s main event in Sri Lanka. The UAE tournament follows on from 12 qualifying events to reach this stage that took place in locations including Ghana, Slovenia, Nepal and Florida.

“The fact this qualifier’s footprint, thanks to the tournament itself and the qualifying events that preceded it, touches so many places around the world is a great sign for the health of the game and interest in it globally,” Lorgat said on Monday. For the first time, a cricket tournament involving teams outside the world’s top 10 will have global television coverage.

The ICC has reached agreements with its official broadcasters in Asia, Africa and the Americas to show six matches over the final three days at the Dubai International Cricket Stadium. Those matches will also be streamed live on the internet, as will 14 other matches over seven days.

The tournament lacks the abundance of big names that Sri Lanka’s main event will contain but there is still a sprinkling of quality on show. Ireland will have vice-captain Kevin O’Brien, who last year scored the fastest hundred in the history of the 50-over World Cup, reaching three figures from 50 balls en route to a 63-ball 113 that helped his side to a famous win over England in Bangalore.

“It is massive (for us to qualify) as people in Ireland and other countries expect us to be at every World Cup that is on,” O’Brien said in the build-up to the tournament.“With only two teams qualifying and with Twenty20 being so unpredictable, it would be stupid to rule out any team. That does bring extra pressure (on us) but we have got a very talented team and if we play to our strengths then hopefully that will be enough to come out on top.”

Ireland are the pre-tournament favourites, having reached the past two ICC World Twenty20s, in England in 2009 and the West Indies in 2010. Their main rivals are expected to be Afghanistan, who beat them in the final of the qualifying event two years ago, Canada, the Netherlands and Scotland. The Netherlands beat 2009 hosts England in the opening match but are without leading all-rounder Ryan ten Doeschate this time.

Papua New Guinea are boosted by the inclusion of Geraint Jones, the former England wicketkeeper and part of the Ashes-winning team in 2005, who has opted to play for the country of his birth.“I saw playing for PNG as an opportunity to play some international cricket again and maybe get to a World Cup which I did not get a chance to do with England,” Jones told Reuters from the team’s pre-tournament camp in Canberra, Australia.

Former Australia one-day international batsman Michael di Venuto, now playing for English county side Durham, is lining up for Italy, qualifying because he has an Italian passport.The sides are divided into two groups of eight with group A featuring Afghanistan, the Netherlands, Canada, Papua New Guinea, Hong Kong, Bermuda, Denmark and Nepal. Group B is made up of Ireland, Kenya, Scotland, Namibia, Uganda, Oman, Italy and the U.S. The final is on March 24 and admission to all matches is free. – Khaleejnews