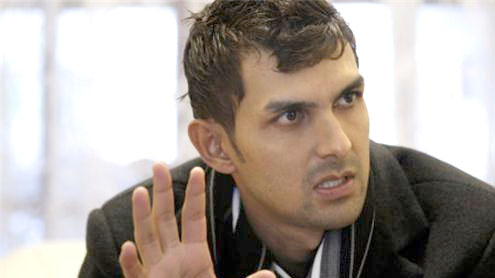 Haider has been asked to appear in court on December 14 to explain his position. Haider, who had fled the Pakistan team hotel in Dubai in November last year and flown to London claiming he was under threat from a bookmaker, returned to Pakistan in April this year after security and safety assurances from interior minister Rehman Malik.

After being fined Rs 500,000, the Pakistan Cricket Board (PCB) allowed Haider to play in domestic cricket. But during the course of his exile in London and on his return, Haider, a wicketkeeper-batsman who played last year in England and against South Africa in the one-day series in UAE, claimed in media statements that Kamran Akmal and his brother Umar Akmal caused him immense mental pressure. He also claimed that Kamran had a powerful lobby in the team and did not allow players from outside his group to settle down in the team.

Insinuations were also made by Haider about the involvement of Pakistan players in corruption and fixing but until now he has failed to provide any evidence to support his claims. “The defamation suit asks Haider to either substantiate his claims or publicly apologise for his actions or pay Rs 15 crore in damages,” a source close to Kamran was quoted a saying.

Kamran had also sent a notice to Pakistan bookmaker and agent Mazhar Majeed when the spot-fixing scandal broke out last year in England and Majeed named Kamran as his friend and client several times. Kamran, in his notice, had made it clear that he did not know Mazhar now jailed for spot-fixing nor was he his agent. – Dailytimes