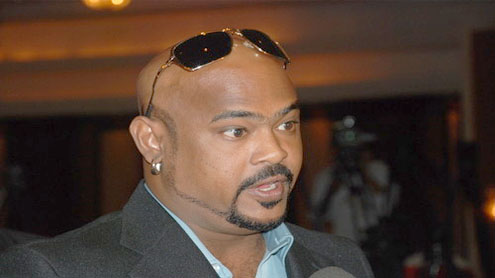 MUMBAI: Former Indian batsman Vinod Kambli has claimed that the 1996 World Cup semi-final between India and Sri Lanka was fixed.

Kambli who was an important part of the 1996 World Cup squad made this claim on an India news channel. Kambli said he was shocked at the Indian decision to field first in the semi-final because the pitch was ideal for batting.Vinod Kambli has alleged that the historic 1996 World Cup semi-final between India and Sri Lanka, which the former lost badly, was fixed. In a TV show, Kambli said he was suspicious of the then captain Azharuddin’s decision to field first even though batting was the norm after winning the toss in those days.

Batting first Sri Lanka had set a target of 252 for India. In reply, India too started badly as Chamindas Vaas got rid of Navjot Sidhu at the score of 8. However, with genius Sachin Tendulkar in full command at the crease, India hoped for a comfortable entry into the final.However, Sanath Jayasuriya bowled a magical spell and very India were reduced from 98/1 to 120/8 that made Kolkata fans go berserk with anger and disappointment. The fanatic cricket buffs set the chairs of Eden Gardens on fire and hurled bottles at the Lankan players in protest against India’s collapse, forcing match referee Clive Llyod to award the match to the visitors.

It was one of India’s most heart-breaking defeats in ODI history with cricket pundits attributing the loss to Indian skipper Azharuddin for inviting Sri Lanka to bat. Azharuddin and Ajay Jadeja, both serving ban by the ICC for match fixing, were out for duck in the match.Very few can forget the tears of Kambli after Sri Lanka was declared the winner. “I cried because I thought I was robbed of a chance to do it for my country. The entire team hugged me. Most of us were crying,” he recalled. – Nation