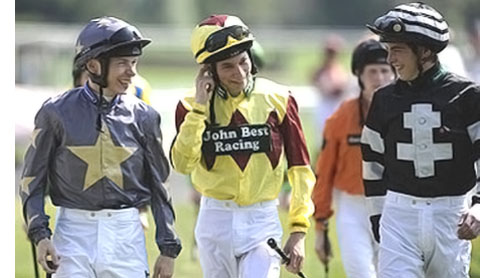 Jebel Ali-based trainer Dhruba Selvaratnam is eyeing a double as the Irishman saddles My Verse and Sarbola in the feature and maiden races respectively in the season’s curtain raiser up the hill at Jebel Ali racecourse on Friday.

The first of the All-Thoroughbred six-race card kicks off at 2.10pm.My Verse, ridden by James Doyle, returns to her best trip in the 3.40pm 1000m Handicap feature race of the afternoon. The five-year-old daughter of Exceed And Excel have won twice over course and distance but failed to impress when shifted to a linger trip. It has also had a couple of runs at the AW track at Meydan in which she has finished a respectable second to Green Beret and good fifth to Mahubo and should show the best of her on seasonal debut.Top weight Classic Blade would pose the immediate threat to the fortunes of the mare under Patrick Cosgrave for trainer Doug Watson.

The five-year-old son of Daggers Drawn ran a good race behind Spin Cycle in a Listed event over distance and course but disappointed when finished poor ninth behind Kaiss over a longer distance.Confident UAE apprentice jockey Saeed Al Mazrooei, who rode his first winner in a tight finish against international jockey Jamie Spencer at the Abu Dhabi Equestrian Club on Sunday, eyes a repeat aboard Pirate’s Song. But the brilliant teenager has to prevail over his most illustrious stable jockey Royston Fffrench who opted to go for UAE debutant Expire.

The three-year-old Kheleyf colt has won a maiden race and finished close second in a Condition contest in his last three starts in Europe and should he manage to handle the hilly track then he will be difficult to beat.Always Emirates, Wayne Smith up, looks good to open the account for national trainer Musabbah Al Muhairi in the 1200m TB Handicap opening race on the card.Jebel Ali debutant Kilt Rock could give Wayne Smith a quick double in the 1200m TB Handicap second race of the afternoon should the gelded son of Giant’s Causeway repeat his strong runs behind Africanus and Ceedwell over a longer trips at Meydan racecourse.

The fourth race, a 1400m Handicap, is a re-match between Lord Ego under Richard Mullen and the mount of Tadhg O’Shea, Aqmaar.The two foes have met before and Lord Ego did the better work in the concluding stages thanks to the weight advantage which favours his opponent on this occasion.Improving performer Spice Souk makes his seasonal debut after breaking the maiden last time out in the hands and heels of Saeed Al Mazrooei to face the challenge of six opponents in a handicap trip over a mile. Stable-companion Trust N Dustan, ridden by Royston Ffrench, would be the only danger.

Sarbola, James Doyle in the saddle, has every chance to break the maiden in the 1600m Maiden final race on the card. Having finished second twice on different trips at the same course, the four-year-old gelded son of Dubai Destination should take a step further to reach his destination before it’s too late. – Kahleejnews