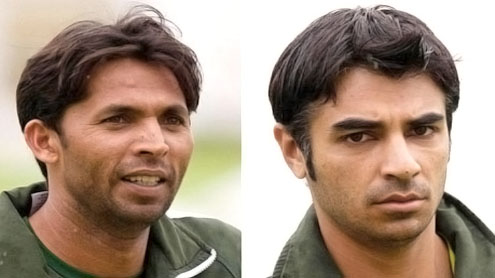 LONDON:  The judge has given the jury deciding on the alleged spot-fixing trial permission to reach a majority verdict after he was sent a note from them saying they could not agree on “all” the charges.

Before the jury re-entered Court No. 4 at Southwark Crown Court at 15.20, and while the galleries anticipated a verdict on the 19th day of the trial, the judge explained that the jurors were unable to agree on everything. He then issued the following direction to them.”If you are unable to reach a unanimous verdict on any particular one of the counts then I can take a majority decision from you, which is one on which at least ten of you agree,” Justice Cooke told the jury.

The general feeling inferred was that the jury has agreed on some of the charges with either of the two players on trial, but could not reach agreement on both charges for both players. The new guidance from the judge is likely to hasten a definitive verdict now that some flexibility has been afforded the 12 jurors.Former captain Salman Butt and fast bowler M Asif are facing charges of conspiracy to cheat, and conspiracy to obtain and accept corrupt payments, following the Lord’s Test in August last year when they allegedly conspired with agent Mazhar Majeed, teenage fast bowler M Aamir and other people unknown to bowl pre-determined no-balls. Butt and Asif deny the charges.

All types of scenarios are possible for each charge facing both players. The jury, which was first retired to debate a verdict at midday on Thursday, was consistently urged to reach a unanimous verdict by the judge but having deliberated for almost three days, he has now given them some leeway. – Nation