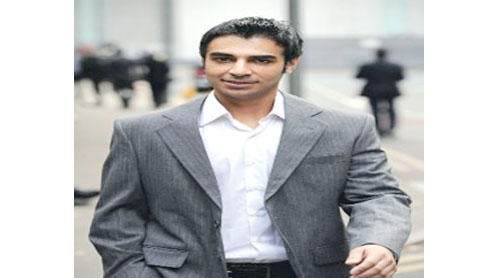 LONDON: Salman Butt was told by the prosecution he had ‘been caught’ as his long vigil in the witness box that stretched over three days was completed in the afternoon of the eleventh day of the alleged spot-fixing trial in London on Wednesday.

Butt faced the prosecution headed by Aftab Jafferjee QC for two days running, following the day he spent in the stand with his own counsel on Monday. It was an often fraught exchange that concluded with Butt accepting no part in the alleged spot-fixing and Jafferjee telling the court that he was “controlling” the players through the no-balls.

The jury was walked through the detail of the frantic phone traffic between Butt, Majeed, Asif and Aamir on the night before the Lord’s Test commenced, after Majeed had been caught on a secret camera pocketing £140,000 for pre-planned no-balls to be bowled plus future fixes. A previous amount of £10,000 had already been paid.

There were 20 calls or texts between Butt and Majeed, 25 between Aamir and Majeed and four between Butt, Asif and Aamir. Some of these calls or text messages were made in the early hours.”The Lord’s fix was on Butt in the early hours of the morning and you know it don’t you,” Jafferjee said.
Butt replied: “No.” “It’s all going on behind your back is it?” Jafferjee asked sarcastically.Butt: “Yes.””It’s the three of you who are all (planning) the no-balls Butt,” Jafferjee continued. “You are all saying what is going to go on, isn’t it?

Butt: “I’m not part of it.””But we agree don’t we Butt,” Jafferjee went on, “that if Aamir and Asif were involved they would have to have spoken to you?”Butt: “Okay, I’ll take that from you (with a wry grin).””Everything suggests that Amir was in on the fix doesn’t it Butt?”Butt: “Yes.”Jafferjee then talked about what he has repeatedly called “the performance” that followed Aamir’s first no-ball, as Aamir checked his spikes, examined the crease and Butt then arrived to sprinkle sawdust on the crease.Jafferjee: “You would agree it was a performance wouldn’t you Butt?”

Butt: “I didn’t bring the sawdust with me from the hotel. It is always there on the ground when the weather is damp.””Yes no-balls are bowled accidentally, sawdust is there out on the ground and batsmen do tap the pitch,” Jafferjee hit back. “But what you and Majeed and Amir and Asif did was exploit things what normally happen out on the cricket pitch.

“The prosecutor then reminded the jury of the text message that Majeed sent to the undercover News of the World reporter just before the third pre-planned no-ball was delivered. Because Aamir was bowling beautifully and eventually reduced England to 47 for 5 in that first innings, Majeed texted to warn the journalist that the captain might tell Aamir not to bowl that no-ball now because of the form he was in.

Jafferjee concluded: “He (Majeed) was talking about you because you are in there controlling the players and particularly the youngest player out there – the impressionable Amir, Mr Butt. And you have been caught.”Although Butt defended himself consistently and stoically, he was forced to concede on several occasions that Majeed’s fixing-related messages to him were “annoying”. Jafferjee pressed him hard on why he never – in the messages before the court anyway – told Majeed that he would not tolerate it anymore.

The night before he allegedly agreed to bat out a maiden at The Oval in the third Test – the night before they eventually won the match – was such an episode that Jafferjee focused on. On how when Majeed called him, unknowingly on speakerphone so the journalist could hear, to say: ‘You know the maiden over yeah?’ To which Butt went ‘Yeah’. Majeed continued, ‘Do one more’.

It was then that Butt said, ‘No mate, just leave it.’ Butt did not bat out the maiden. Majeed contacted Butt again on the same subject the following morning, a Saturday, before Butt left for the ground.Jafferjee continually pressed Butt on why he did not respond more angrily to Majeed. “You were on the verge of a great win and you didn’t tell Majeed how annoyed you were by these messages?”Butt reasoned that he was focusing on the game and didn’t want to get into an awkward conversation at that time.

Butt also said in the subsequent celebration dinner that Majeed attended along with “seven or eight” of the players he never mentioned the messages.Jafferjee was unimpressed by the answers he was receiving on the issue and at one point said: “You are lying your head off to this jury aren’t you Mr Butt?”Before the day ended, Butt’s lawyer Ali Bajwa QC told the court that some Pakistan numbers in the phone records during this time corresponded to calls Butt made to family, friends and former players including Imran Khan, who Butt admitted he would call for advice. – Nation