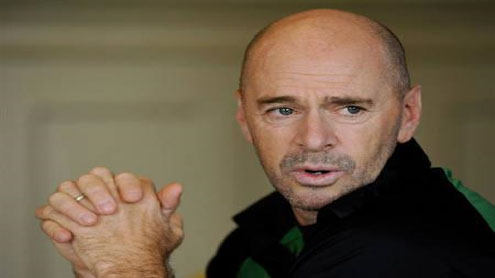 Bangladesh coach Jamie Siddons will not have his contract renewed when it expires at the end of June.The Australian replaced compatriot Dav Whatmore to take charge of the Tigers in October 2007, but a poor World Cup on home soil may have led to his exit.Despite beating England, Bangladesh lost to West Indies, South Africa and India in the first round and failed to reach the quarter-finals.The Bangladesh government has launched an inquiry into the World Cup failure.In his three-and-a-half years at the helm, Siddons guided Bangladesh to 31 one-day international victories from 81 games but only won two Test matches out of 19.”We are really appreciative of Jamie’s contribution over the last four years and the successes he has had with the national team,” chairman of the Bangladesh Cricket Board media committee, Jalal Yunus said.”However, we feel the time is right to ring in changes in the team management and support staff. We are going to invite applications for the head coach’s position very soon.”Bowling coach Ian Pont and fielding coach Julien Fountain will also not be retained. – BBC