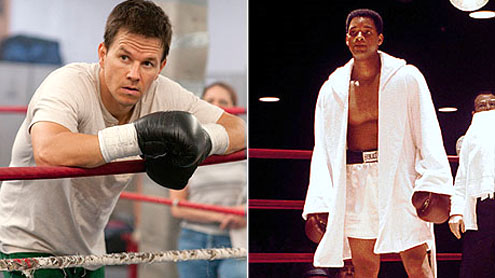 A celebrity boxing promoter has filed a lawsuit against Jose Canseco for breach of contract after the former major league slugger instead sent his twin brother for the bout.Damon Feldman, of Broomall, Pa., filed a complaint Friday after he says Canseco backed out and made twin brother Ozzie pass himself off as the baseball star for the scheduled March 26 bout in Hollywood, Fla.Feldman is asking for $7,500 plus costs. He says he advanced Canseco $5,000 and paid another $1,500 for the former MVP to fly himself to the event. Feldman refused to let Ozzie Canseco compete.Feldman said the fight contract states Canseco had to return the money advanced to him if he didn’t compete.Canseco boxed actor Danny Bonaduce and former Philadelphia Eagles kick returner Vai Sikahema in past bouts for Feldman’s Celebrity Boxing Federation.Feldman advanced the money because he said Canseco told him he needed it for expenses related to his father’s funeral.

“I felt bad for Jose but I don’t feel bad now,” Feldman said on Sunday night. “I feel bad for myself.”Canseco did not immediately return a message for comment. He posted on his Twitter page on March 26, “Be very careful with Damon feldman who runs celebrity boxing he will not pay you if you fight for him.”Canseco has kept his name in the spotlight since boasting about how his steroid-fueled exploits helped him hit 462 career home runs. He competed this season on Donald Trump’s television show, “The Celebrity Apprentice.”He said in an interview with The Associated Press before the scheduled fight that he had yet to recover from his father’s death.”I think when you see me in the boxing ring, I’ll probably be about 15 pounds lighter because it was pretty devastating and depressing to me,” he said.Fans never got the chance to watch Canseco attempt to pound a local trainer. Feldman said 125 fans paid to attend the fight and more than 300 complimentary tickets were issued.”Maybe I should use his brother and he’ll have Jose come instead,” he said. – Yahoonews