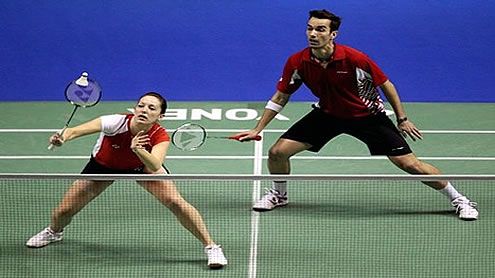 Nathan Robertson and Jenny Wallwork had to settle for the runners-up spot at the Swiss Open after losing in the final to Denmark’s mixed pair.

The British duo were defeated 23-21 21-14 by fourth seeds Joachim Fischer Nielsen and Christinna Pedersen. They led the first game 7-2 then fell behind before tying the scores at 19-19, eventually succumbing when the Danes took their third game point.The Danes then eased through the next game, winning the match in 46 minutes. Last week, Wallwork and Robertson – who are ranked number eight in the world and likely to Britain’s top pair at the London 2012 Olympics – were beaten in the second round of the All England Championships. – BBC

This author has not added a biography. Meanwhile Top has contributed 2456 posts. Click here to view them.